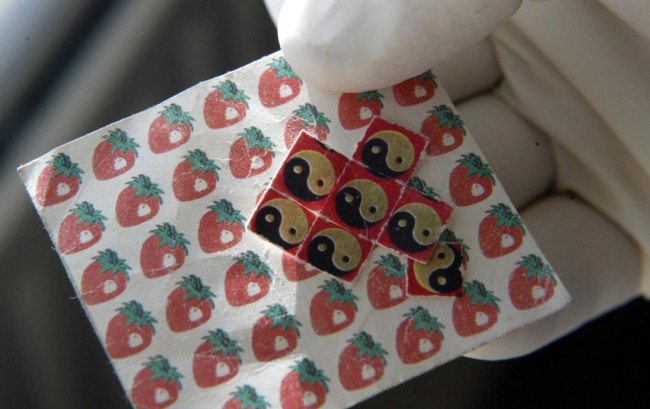 In 2009, the world was introduced to Bitcoin after the cryptocurrency was mined for the first time, and while it gradually gained more exposure over the next few years, it wasn’t until 2017 that it exploded into the mainstream after experiencing a meteoric rise in value that generated so much attention even parents who refer to every game console as a “Nintendo” were aware of its existence.

Looking back, it should’ve been pretty obvious that deciding to empty your bank account and bet on the commodity based on the hype surrounding it was about as wise as going all-in on Pets.com around the turn of the millennium or figuring there was no better time than the mid-2000s to take out the largest mortgage your credit would allow. Unfortunately, most people failed to see the warning signs through the dollar signs covering their eyes and ended up paying the price.

Even though it’s largely viewed as an investment, Bitcoin is labeled a “cryptocurrency” for a reason and has plenty of qualities that made it attractive to early adopters looking for something that could facilitate transactions securely and efficiently anywhere around the globe—including the guy who bought a pizza in 2010 that would be valued at $82 million eight years later.

However, Bitcoin has one other quality that makes it particularly useful: total anonymity. As a result, it was the currency of choice in areas of the online realm home to marketplaces selling items that’ll never be eligible for two-day shipping on Prime.

The FBI may have taken an army of jackhammers to Silk Road in 2013 but it was a pretty sweet ride up until that point. Based on the prices at the time, the eventual value of the Bitcoin you dropped to get your hands on DMT makes what Dennis paid for a rock of crack on It’s Always Sunny seem like an absolute steal, but hey, it’s better than buying a pizza that doesn’t let you unlock the secrets of the universe.

I couldn’t tell you the last time I stopped by the dark web, and while the Silk Road may be gone, other storefronts have popped up in its place based on a warning the Navy was forced to issue to sailors who are apparently on a huge LSD kick right now.

The statement—which has more of a “C’mon guys, just knock it off” vibe to it as opposed to a stern tone—informs people who thought they were being sneaky by using TOR to place orders for acid that the browser used to access the dark web isn’t as secure as they may think. Officials also channeled paranoid parents on Halloween by warning them the tabs could be contaminated with other substances even though killing your customers with a blotter full of poison seems like a questionable business model.

The Navy apparently stopped screening for LSD in 2006 because an infinitely tiny percentage of people ended up testing positive but NCIS said they’ll continue examining cases and presumably send LL Cool J and Chris O’Donnell to kick down some doors if it comes to that.

I know other military branches have a reputation for drinking unholy amounts of alcohol but it looks like I need to find some guys in the Navy to rage with.