Netflix sure has come a long way since its first original content series House of Cards premiered in 2013, haven’t they? I still remember when they were just to people who sent me DVDs in a red envelope every week or so. Remember having to keep your request list up to date? Those were the days.

Since then Netflix has commissioned dozens upon dozens of shows and movies that we have grown to love like Orange Is the New Black, Sense8, Narcos, Mindhunter, The Haunting of Hill House, Fuller House, Santa Clarita Diet, GLOW, F Is for Family, Big Mouth, Making a Murderer, Last Chance U, Wormwood, and more.

I’ve watched all of those shows, but some of the other reportedly popular Netflix originals? Not so much.

For 2018, according to Netflix, these were their 10 most-binged original shows…

(Netflix series released between January 1 to November 28, 2018 with the highest average watch time per viewing session. Based on US viewing data. Ranking on this list has no relation to overall viewing.)

I watched half of those shows, and yes, I did binge them.

Interestingly missing from the list of top Netflix shows? At least to me… Altered Carbon, Wild Wild Country, Maniac, My Next Guest Needs No Introduction with David Letterman, the second season of Ozark, and, well, all of the now cancelled Marvel shows like Daredevil, Luke Cage, and Iron Fist.

Netflix also reports that these were our favorite original movies in 2018. Did you watch these?

1. The Kissing Booth
2. To All the Boys I’ve Loved Before
3. Roxanne Roxanne

(Netflix films released between January 1 to November 28, 2018 with the highest rewatch rate. Based on global viewing. Ranking on this list has no relation to overall viewing.)

(Talent who appeared in a Netflix series or film in 2018 who received the largest % growth in Instagram following since January.)

I’ve literally never heard of none of those people.

How do these lists line up with what you watched in Netflix in 2018? 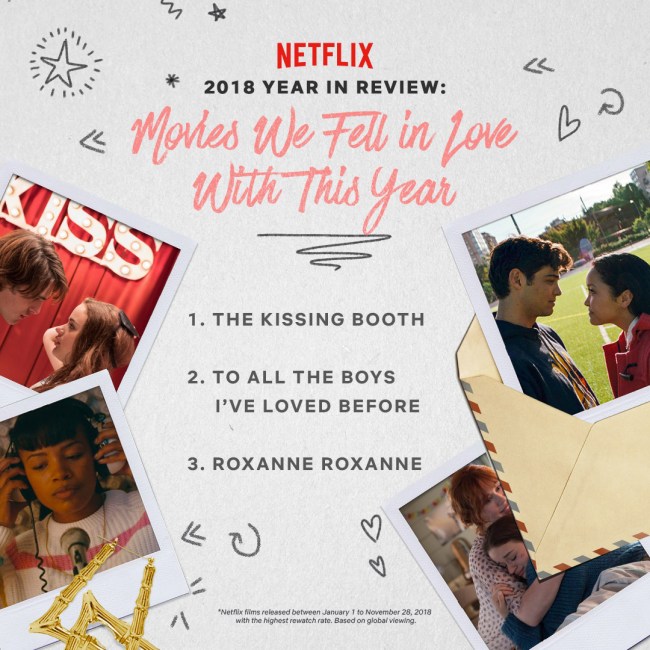 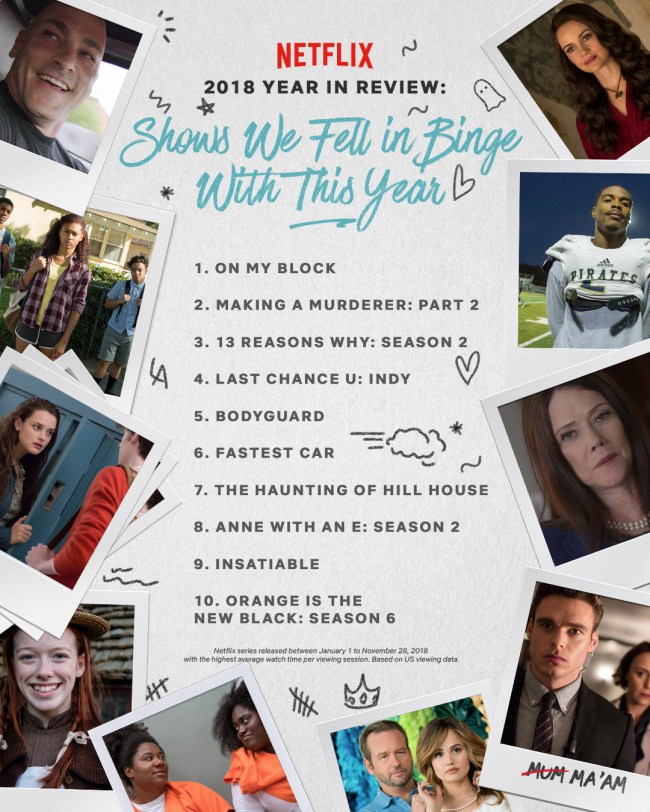 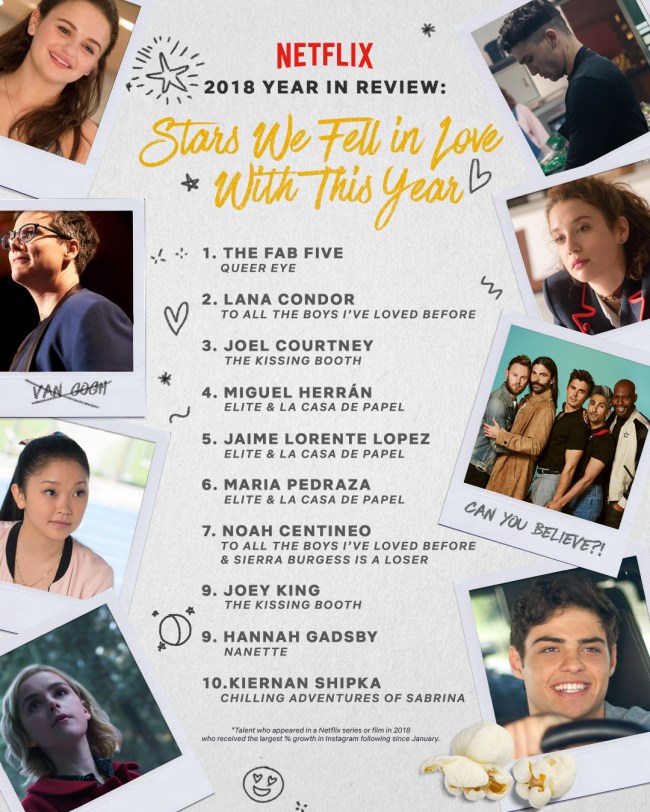