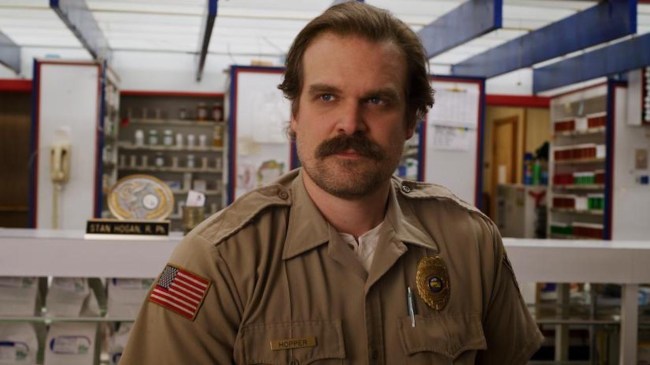 Following the close of Stranger Things 3, the number one question on fans’ minds was whether or not they have really seen the last of Hawkins Police Chief Jim Hopper, who appears to have heroically sacrificed his life in the season finale.

That question was answered almost immediately, because for the first time ever, Netflix included a post-credit scene at the end of Stranger Things that teased the return of the beloved Hawkins Police Chief.

That hasn’t been the only hint at Hopper’s ultimate return, though, as Netflix has already begun teasing the chain-smoking copper’s fate.

Just dial a simple phone call to the number 618-625-8313 — Murray Bauman’s actual number in Stranger Things 3 — and you will hear the following pre-recorded voice message:

“Hi, you have reached the residence of Murray Bauman. Mom, if this is you, please hang up and call me between the hours of 5 and 6 pm as previously discussed, okay?

If this is Joyce, Joyce, thank you for calling, I have been trying to reach ya. I have an update. It’s about, well, it’s probably best if we speak in person. It’s not good or bad… but it’s something.

David Harbour also seems to be getting in on the cryptic social media antics, as he’s changed his Instagram profile picture three times since Stranger Things 3 premiered: first to a 6, then to a 1, and then finally an 8… which also just so happen to be the first three digits of Murray Bauman’s aforementioned phone number.

David Harbour has changed his Instagram profile pic 3 times since ST3 was released, once to a 6, then a 1 and now an 8 and I found it very odd…

Then @viridis_akechi reminded me this is the start of Murray's phone number from episode 6 AND I AM NOW HYPERVENTILATING pic.twitter.com/a9DmCJClRB

Harbour’s return as Hopper seemed more than likely as soon the credits rolled, but now with Netflix and the actor himself launching mini-viral campaigns, we can sleep soundly knowing we haven’t seen the last of everyone’s favorite Dad-boded police chief.