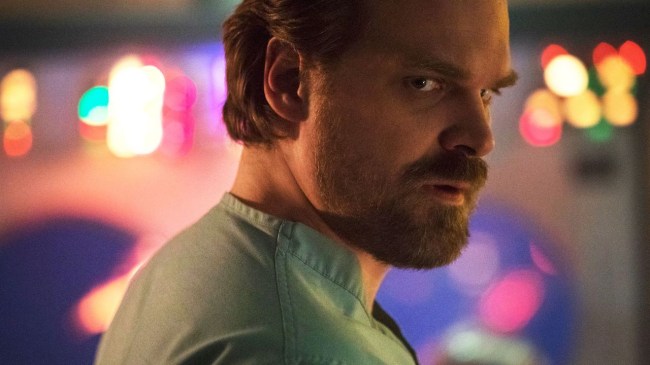 With less than a week to go until the release of Stranger Things — arguably the most watched show on television right now — the stars of the Netflix’s hit nostalgia-soaked sci-fi are in full promotion mode, giving new soundbites and interviews seemingly every day.

Take David Harbour — who stars as Police Chief Jim Hopper — for example: he’s held nothing back when it comes to his opinions of this upcoming third season, particularly when it comes to the season 3 finale.

Speaking to Entertainment Weekly prior to the season 3 premiere, Harbour revealed that he believes that final episode of this upcoming third season is both the most emotional and the greatest episode the series has ever produced.

“[It’s] the greatest episode we’ve ever shot. It’s so emotionally powerful because you’re not expecting what happens to happen. I don’t think we’ve ever shot anything more moving,” Harbour told Entertainment Weekly.

Harbour’s quote can be taken one of two ways: either something heartwarmingly lovely closes out the season or something soul-crushingly brutal happens.

Considering we’ve long theorized that a major character is going to ultimately bite the dust this season, we have a baaadddd feeling that Harbour’s comments are foreshadowing devastation.

Excited for ‘Stranger Things 3’? Make sure to check out all of BroBible’s coverage of the Upside Down heading into the premiere:

Did The Final ‘Stranger Things 3’ Trailer Confirm These Fan Theories? (Especially The One About Billy)