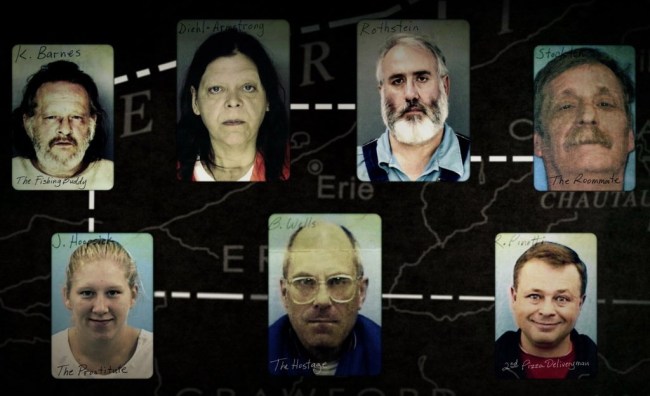 At this point Netflix should just change its name to the True Crime Documentary Channel. Beginning with Making A Murderer and continuing on through Wild Wild Country, Netflix has got that particular television genre on lock.

And they know it, because they announced two more new true crime documentaries that are sure to have the internet abuzz when they premiere.

Evil Genius: The True Story of America’s Most Diabolical Bank Heist and brand new episodes of the series The Staircase will both be hitting the streaming service in the coming months.

The Staircase follows the story of Michael Peterson, a crime novelist accused of killing his wife Kathleen after she is found dead at the bottom of a staircase in their home, and the 16-year judicial battle that followed.

Academy Award-winning documentary filmmaker, Jean-Xavier de Lestrade captured every moment of this story from arrest to verdict, following in intimate detail Peterson’s home, the family and his defense team as it considered its strategic options. New episodes of The Staircase will premiere at the Tribeca Film Festival on April 28 before they launch on Netflix this summer alongside the original ten episodes.

In 2003 in Erie, Pennsylvania, a robbery gone wrong and a terrifying public murder capture the nation’s attention, and a bizarre collection of Midwestern hoarders, outcasts, and lawbreakers play cat-and-mouse with the FBI. Eventually, a middle-aged mastermind named Marjorie Diehl-Armstrong — once a town beauty, now a woman grappling with mental illness — is arrested. But 15 years later, Evil Genius proves there’s more to the conspiracy and murders than was ever thought.

Netflix also announced the premiere dates and casting of several other shows as well as 10 new European projects including seven original series.

• Netflix’s first Dutch original series, created by production company Pupkin and launching in 2019. In the liberal city of Amsterdam, these Dutch students have it all: youth, wealth, sex, power…and the portal to a demonic world from the Dutch Golden Age they opened by accident.
• Mortel (France). Netflix’s fifth original series from France tells the story of teenagers bound together by a supernatural force. The series will be created by Frédéric Garcia and produced by Mandarin Television.
• The Wave (Germany). Netflix’s third original series from Germany is based on the hit movie THE WAVE and inspired by real events. Produced by Rat Pack in association with Sony Pictures Television Germany.
• Luna Nera (Italy). An original genre series about women suspected of witchcraft in 17th century Italy, created by Francesca Manieri, Laura Paolucci and Tiziana Triana, and produced by Fandango.
• La Casa de Papel Part 3 (Spain). After the global success of Part 1 and 2 of the Spanish heist sensation, the Professor will develop new heists that will be unveiled in 2019.
• The English Game (UK). A six-part drama about the invention of football and how those involved in its creation reached across the class divide to establish the game as the world’s most popular sport. Produced by 42 and written by Downton Abbey creator Julian Fellowes.
• Turn Up Charlie (UK), a new Netflix original comedy series from the UK starring Idris Elba. The eight-part series is executive produced by Idris Elba and Gary Reich. 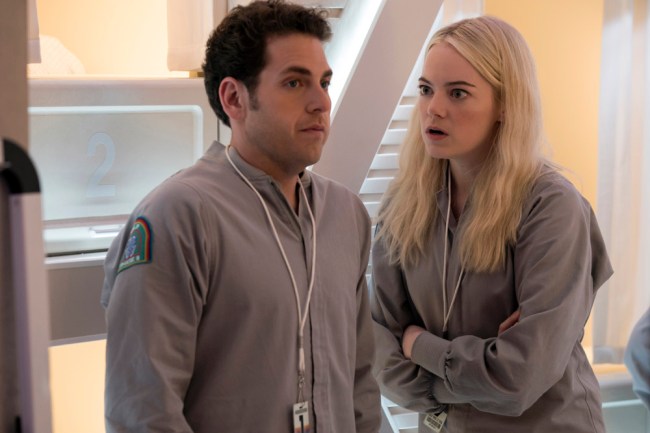 • Maniac – Starring Emma Stone and Jonah Hill, and directed by Cary Fukunaga, Maniac is the story of two strangers who find themselves caught up in a mind-bending pharmaceutical trial gone awry.