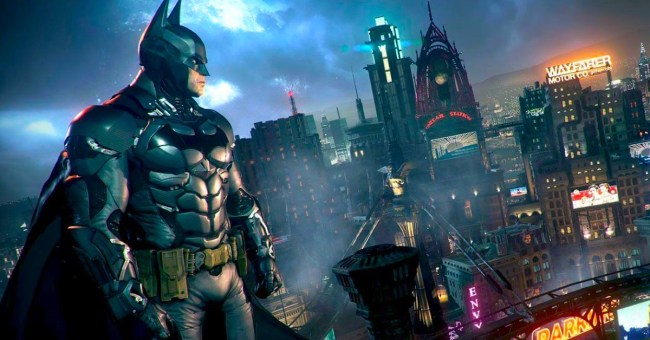 It’s here, it’s finally here: after a year of fan speculation and internet rumors, the reveal of the next Batman video game is upon us, as Warner Bros. Montreal — the studio behind Batman: Arkham Origins who’ve been quietly developing the new title for a few years now — has officially begun to ramp up their marketing with the launch of the Twitter account @r3dakt3d and website r3dakt3d.com.

You can now head to the website, click and hold the entry button and enter the code ‘761’ (as teased on Twitter by the official r3dakt3d account) to unlock today’s image, a map piece accompanied by the phrase ‘One Step Closer.’

After figuring out the subsequent codes for each day, IGN received a tip that the string (761,941,364,995) is the barcode number for Detective Comics #359, which also happens to be the first appearance of Barbara Gordon’s Batgirl. The Batman: Gotham Knights comic book series features the escapades of Batman’s extended family of superheroes, so if these rumours about the title line up, it is suggested Batgirl may make an appearance in the game in some shape or form.

Twitter user Presobard from the Batman Arkham Discord also managed to find the second map file in the website code, which spits out the phrase ‘Face Two Face’ when unlocked – potentially confirming the involvement of classic Batman villain Two-Face along the way. That new image also aligns nicely with yesterday’s leaked map, as you can see below. [via IGN]

In addition to the tease of Batgirl and Two-Face, internet detectives also pieced together what appears to be a snippet of the map for the upcoming Dark Knight title:

I stitched them together and they line up! pic.twitter.com/HwQV4vz5jy

The release of the trailer for Batman: Gotham Knights is mere days away, whether it drops during the week or during DC FanDome over the weekend. DC FanDome is set to see a host of DC-related news revealed, as fans are expecting a trailer for The Snyder Cut of Justice League and Wonder Woman 1984, and footage from The Batman and The Suicide Squad. Not only that, but The rock is also scheduled to appear with some juicy Black Adam info.

Ahead of DC FanDome, The Post-Credit Podcast has been taking a look back at the DCEU thus far. The first three episodes covered the Snyder trilogy — Man of Steel, Batman v. Superman, and Justice League — and the fourth, which drops Wednesday, will tackle Wonder Woman, so make sure to check those out if you’re a comic book movie fan.