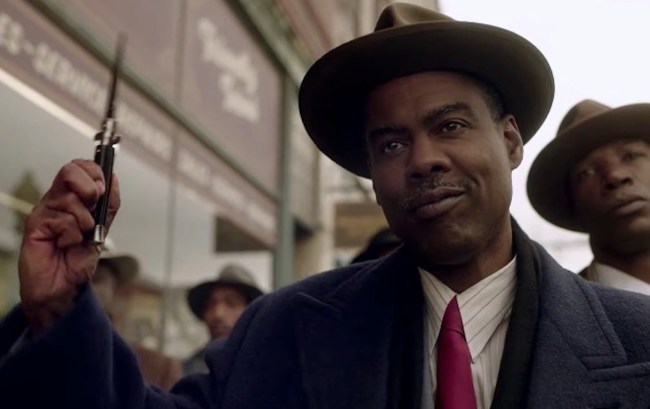 Of all the entertainment/pop culture casualties of our current global situation, the delay of Fargo season four — which was originally supposed to drop on April 19 — having to wait for the Emmy-winning series ranks near the top of my disappointment chart, up there with the likes of Wonder Woman 1984 and Tenet.

What’s odd about Fargo is that the global shutdown only happened a month or so before the series was set to premiere. While most of the season was already filmed and in the books, reports indicate that FX still had to finish filming another episode or two, in addition to adding some further editing touches. As a result, the network announced on March 17 that the Chris Rock-starring fourth season of Fargo would be delayed. Unfortunately for fans, though, FX did not announce a new release date.

Now, here we are over four months later, and the network seems to be ramping up the hype again, as they quietly dropped a new teaser trailer over the weekend, almost as if to remind the television world that their banger of a series is not only still out there, but on the verge of a return.

Back at the beginning of the year, Rock — who’s set to play crime boss Loy Cannon — not only said that this is the best role he’s ever had, but he compared the character to none other than Tony Soprano.

“He’s a businessman, he’s a deacon at his church, he’s a loving father and husband, he owns a bank. And he’s also a criminal — he fixes fights and runs numbers and prostitution. He’s always on edge. This is the best part I’ve ever done and, honestly, probably the best part I’ll ever have.”

When it comes to hyping up your series, comparing it to arguably the greatest television drama and character of all-time is a hell of a bold strategy. That said, the first season of Fargo won Outstanding Miniseries at the Emmys and has been nominated in the category every year that it’s been on-air.