New High-Resolution Version Of ‘Best Ever’ UFO Photograph, Taken In 1971, Has Been Revealed 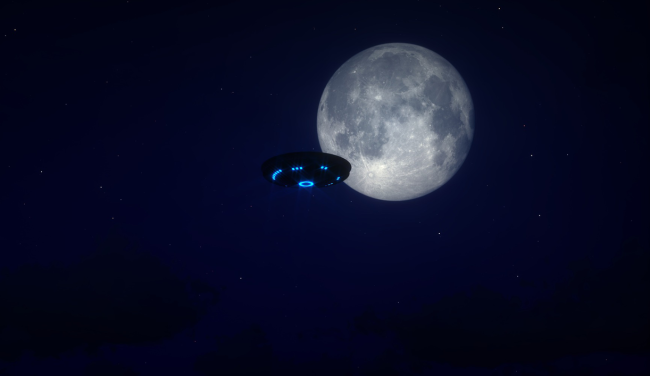 One of the most famous UFO photos of all time, taken in 1971 by aerial photographer Sergio Loaiza from the skies above Costa Rica, has recently gotten even better thanks to the advancement of technology over the decades since it was taken.

Loaiza, a mapmaker, was flying at 10,000 feet above a portion of Costa Rica, taking pictures of area for a hydroelectric project using a special 100 pound high definition camera, reports the Mirror.

His camera was snapping photos to map the terrain of the rain forest below in an area over Lake Cote at intervals of once every 20 seconds.

Later, when developing the black and white images for The National Geographic Institute of Costa Rica, one photo stood out because of the appearance of a very unusual anomaly: a UFO measuring between 120 and 220 feet in diameter.

According to New York Times reporter Leslie Kean, the photo is the “best ever” taken of a UFO.

UAP Media, a UFO research group, were the ones who obtained a new ultra-high resolution drum scan of the original image taken by Loaiza. It was originally published by researchers Richard Haines and Jacques Vallee, who allegedly had been asked by Costa Rican officials not to discuss it.

Yes, very interesting. Researchers Richard Haines and Jacques Valle have examined this photo. However, if you look very, very carefully. You can see the exhaust bloom coming out of the back of it. This suggests that it is man-made. But, it remains unidentified.

“I love this photo. It is probably the best photograph ever taken of a UFO. It was taken in the 70’s from a government mapping plane in Costa Rica that had a camera strapped to the bottom of the plane and it was like touring the terrain. There was this disc object and you clearly see the sun reflecting off this round object that’s got a little dot on the top, and what’s important about it is that it was a government photo,” said Kean. “There’s a clear chain of custody. It’s always been in possession of the Costa Rican government so you know it’s authentic and it’s completely unexplained.”

An open Congressional hearing on UAP to be held next week. Thanks to André Carson for making this happen. https://t.co/NPGSkxLwuY

Luis Elizondo, the former head of a secret Pentagon UFO program, said about the image, “Although I was not around during this incident, pilot reports of smooth, shiny, lenticular craft are not new.”

The “contact” version of the photo’s original negative is now owned by Esteban Carranza, a citizen of Costa Rica, and is housed in Costa Rica’s National Archives, according to UAP Media.