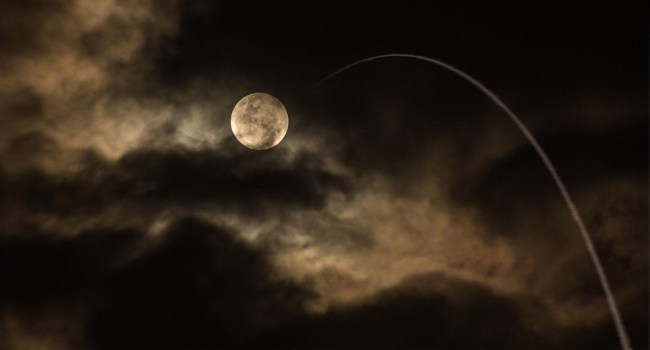 After years of secrecy, numerous documents and reports about and from the United States government’s Advanced Aerospace Threat Identification Program (AATIP) are finally, slowly, being revealed.

Back in 2020, Former Senate Majority Leader Harry Reid admitted publicly that for years Congress had used a “black budget” for studying UFOs.

Along with that revelation came numerous others from Luis Elizondo, the former head of the Advanced Aerospace Threat Identification Program.

The documents, obtained by Vice.com under a Freedom of Information Act (FOIA) request that was filed four years ago, reveal even more about the now defunct secret government programs.

A handful of these documents have already been written about by British newspaper The Sun, but the Vice.com report reveals even more bizarre details from the two secret government programs.

Among the strange studies that were being conducted by the AAWSAP were invisibility cloaking, traversable wormholes, stargates, negative energy, antigravity, high frequency gravitational wave communications, warp drive, dark energy, the manipulation of extra dimensions, and a proposal to tunnel a hole through the moon using nuclear explosions.

LiveScience.com, which has studied these documents, reports specifically on Defense Intelligence Reference Documents (DIRD) on invisibility cloaking, negative mass propulsion, and nuking the moon to create a tunnel.

In the DIRD report on invisibility cloaking, for example, the authors (whose names have been redacted in all of the reports) write that, “perfect cloaking devices are impossible because they require materials where the speed of light approaches infinity.” However, cloaking devices that make objects invisible to microwave-based sensors, such as radars and motion detectors, are “definitely within reach of the present technology,” the report authors wrote.

Other reports do not shy away from bold, sometimes outlandish proposals for realizing advanced technologies. In a report on “negative mass propulsion,” the authors propose a plan to look for extremely lightweight metals in the center of the moon that may be “100,000 times lighter than steel, but still [have] the strength of steel.” To reach the center of the moon, the authors suggest blasting a tunnel through the lunar crust and mantle using thermonuclear explosives.

As Vice.com points out, “both programs relied in large part on contract research conducted by an arm of a private company, Bigelow Aerospace Advanced Studies (BAASS), owned by eccentric hotel magnate Robert Bigelow.”

Bigelow, a personal friend of Sen. Harry Reid, at one point owned the Skinwalker Ranch and appears to have been instrumental in the creation of the two programs.

After Reid created funding for AATIP and drafted the AAWSAP contract, BAASS was, strangely, the only bidder for the contract.

“The whole contracting process for this program was irregular from start to finish,” Steven Aftergood, director of the Federation of American Scientists’ Project on Government Secrecy, told Popular Mechanics in 2020. “[The AAWSAP contract] sounds like it was a good deal for the contractor. But it would be hard to argue that either the military or the public got their money’s worth.”

Also in 2020, Reid told Vice.com that what had been released to the public at that point “only scratched the surface” of what the Pentagon knows about UFOs and advanced technology.

Sounds like this latest batch of newly released government document are merely the tip of the iceberg.