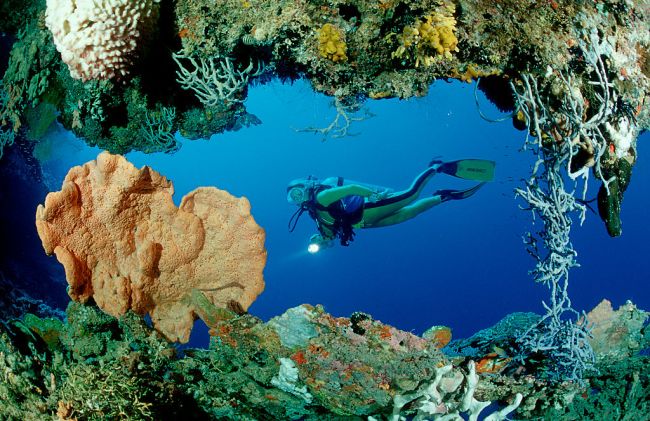 A scuba diver captured an extraordinary video of a pulsating jellyfish in Papua New Guinea on Dec. 27, 2021. Now, a nature experts believe that the alien-like sea creature could be a new species of jellyfish.

The sea creature featured striking markings – including dots and near-perfect black circles. The transparent skin gives viewers a peek inside the animal’s innards – which have red entrails. The soccer ball-sized jellyfish pulsates and gracefully glides through the crystal blue waters of Papua New Guinea. More than 20 tentacles – some red-colored – dangle behind the throbbing jellyfish’s bell.

The scuba diver noted that this jellyfish moved through the water fairly fast.

RELATED: Giant Squid Sighting In US – Only The Third Time The Rare Creature Was Ever Caught On Camera

Borcherds had never seen anything like this before, so he sent the video to his daughter to help identify the creature. Even using an app that identifies all kinds of jellyfish, they couldn’t determine what species it was.

The daughter uploaded the video to a science forum online – then received some insight within a half an hour.

Lisa-ann Gershwin – an expert at the Australian Marine Stinger Advisory Service – believed that the jellyfish was the same species of a rarely sighted sea animal. Gershwin suspected the jellyfish was a Chirodectes maculatus – which has only been caught on video once ever – at the Great Barrier Reef in May 1997.

However, after Gershwin consulted with other experts, many believed that the jellyfish in Papua New Guinea is an entirely new species.

“We compared the two separate jellyfish and I concluded that the one filmed off Papua New Guinea is a new undiscovered species,” Gershwin told ABC. “I called Dorian and said, ‘Are you sitting down?’ and when I told him I thought it was a brand new species, he was very excited.”

“A new species is considered like a hypothesis, it has to be tested,” Gershwin added. “It’s not technically discovered until it has been formally named and classified.”

Gershwin has yet to submit her findings through a peer-reviewed paper because she wants to be “very meticulous” when it comes to the potential discovery of a new jellyfish species.

RELATED: Alien-Like Snake Eel Bursting Out Of Heron’s Stomach Mid-Flight Demonstrates How Much Nature Is Metal