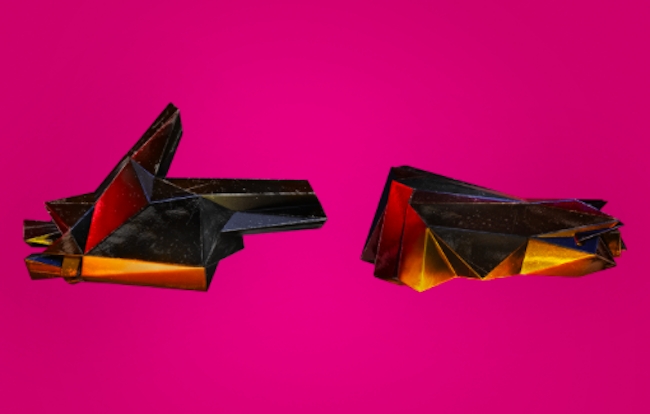 Welcome to the BroBible New Music Round-Up, where we’re happy to say ‘good on you, Kanye West. Good on you.’ For more follow me on Twitter.

This week’s playlist is celebrating Run The Jewels. Think of it as something to listen to in between spins of their amazing new album, RTJ4. 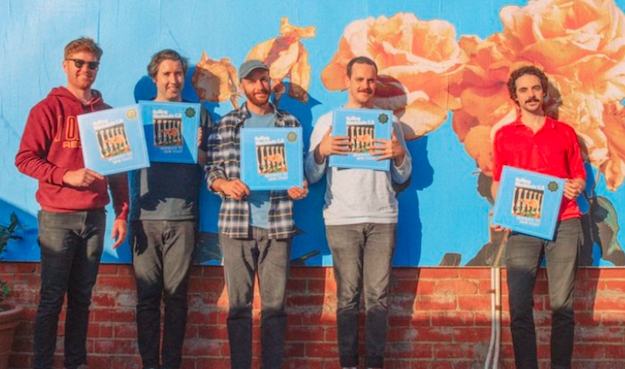 These past two weeks have been terrible. There’s no point sugar-coating it. It’s true. Yet one bright spot amidst all the darkness was the upcoming release of the new Run The Jewels album. RTJ4 was scheduled to come out on Friday, although as the days slowly marched on, it was worth asking if Friday would ever come.

But then on Wednesday, the dynamic duo of Killer Mike and El-P surprised everyone and dropped the album early.

“Fuck it, why wait,” El-P and Killer Mike said in a statement. “The world is infested with bullshit so here’s something raw to listen to while you deal with it all. We hope it brings you some joy. Stay safe and hopeful out there and thank you for giving 2 friends the chance to be heard and do what they love.”

On top of releasing the album two days early, the group made it free for anyone who wanted it.

“For me this is the only way I really know how to contribute to the human struggle and experience beyond just trying to be kind and aware and grow,” El-P said of releasing RTJ4 “for FREE for ANYONE who wants some music.” “It’s the only weapon i’m truly trained in and i’m grateful to have it.”

The new album is so freakishly timely, you could have thought they recorded it a few days ago, especially the track “walking in the snow,” which features Killer Mike rapping “And every day on evening news they feed you fear for free/And you so numb you watch the cops choke out a man like me/And ’til my voice goes from a shriek to whisper, ‘I can’t breathe’.”

RTJ4 features guest spots from 2Chainz, Pharrell Williams, Zach De La Rocha, Mavis Staples, and Josh Homme of Queens of the Stone Age. The album is tight, raw, rough & tumble, enlightening, and immensely engaging. It’s not a stretch to think it’ll be among the top five albums of 2020 by the time this God awful year finally ends.

Pitchfork says that on the album “Killer Mike and El-P are back to tune up the ruling class and the racist police state, this time streamlining the process and settling into their most natural rhythm.” NME calls it their “best work yet” while Stereogum says it “is a brisk and brutal listen.”

Rolling Stone, which gave the album four out of five stars, was amazed by the freshness of the album, especially seeing as how it was the duo’s first, saying that “the duo deliver their agit-rap gospel with the spry fire of a band making its debut.”

And if you’ve haven’t yet, I’d strongly recommend checking out a brief, but powerful speech that Killer Mike gave recently, addressing the protests following the death of George Floyd.

Sideways to New Italy is the second album from Australian indie-rockers Rolling Blackouts Coastal Fever, following 2018’s Hope Downs. On Twitter, the band spoke about how odd it feels to be releasing new music into a world on fire, but added that they hoped people would “look after each other & play it loud.”

It’s good advice because RBCF’s music is so dense and lively that it is best served to be played at high volume. Between the melodies, the interplay of the guitars, and the intense drive of the rhythm section, it’s music that soars and flies.

They sound like a sunnier version of Local Natives but also call to mind bands like REM, Death Cab for Cutie, and Young the Giant.

As for the new album, Stereogum says that “it evades the stereotypical sophomore album traps — it neither relies too heavily on the aesthetic previously so well-established by Hope Downs, nor does it entirely abandon the core essence that made RBCF work in the first place.”

Producer Terrace Martin teamed up with Denzel Curry, Kamasi Washington, G Perico, and Watts battle rapper Daylyt for a fierce new protest song, “Pig Feet.” The song was released earlier this week as protests following the death of George Floyd happened all over the world.

“Someone asked, how do I feel? I told them hurt, fearless, angry, aware and fully ready to protect me, my family & my people at all cost,” Martin said in a press statement. “I got together with Black men that felt the same way and created a work of truth. PIG FEET.”

The song is wild and frantic, with multiple styles clashing in a way that is representative of what’s happening on our streets. Curry unleashes over the music, rapping “Helicopters over my balcony/ If the police can’t harass, they wanna smoke every ounce of me. You tell me life’s a female dog, well I’m perverted/ Go to jail and get murdered/ Murder was the case they gave us/ Manipulate the system so the prison could save us/ Nothin can save us.”

The video that accompanies the song begins with the caption “This video is happening right outside your window” and features clips of Black Lives Matter protestors. It ends with a list of black men and women who have been killed by the police.

For more protest music, Rolling Stone has compiled a full list of songs that have been recorded and release over the past week in response to Floyd’s murder. You can find that list here.

Elvis Costello dropped a new tune on Friday that like RTJ4 sounds like it was written recently, but was actually written and recorded back in February. The song is short, abrasive, angry, and features Costello almost yelling out the lyrics.

“No time for this kind of love/No flag waving high above/No sign for the dark place that I live/No God for the damn that I don’t give.”

The song is Costello’s first new music since he releases Look Now in 2018.

In 2020, moe. are celebrating thirty years together and this week, they released two new songs off of their forthcoming album This Is Not, We Are. It’s the band’s first album since 2014 when they released No Guts, No Glory.

The album comes out on June 26th, but leading up to that, the band will be releasing songs from the album every Tuesday and Thursday.

Hardcore fans of the band will already be familiar with the bulk of the album as all but two songs on This Is Not, We Are, have been played live.

One of the tracks released this week, “LL3,” was written by bassist Rob Derhak and dives into his 2017 fight with cancer.

This Is Not, We Are comes out on June 26. The band is also encouraging fans to share memories of the band’s thirty-year career on social media, using the hashtag “#ThisIsNotWeAre”. 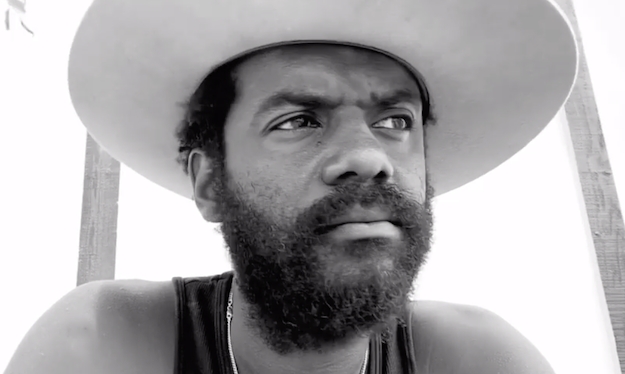 Gary Clark Jr. addressed the George Floyd murder and subsequent protests in a lengthy Instagram post earlier this week, saying “I feel like every time I walk out of my goddamn house I could die today,” he said. “I’m a six-foot-four black man. I’m probably some of y’all’s worst nightmare.”

Clark addressed his struggles and issues with growing up and living in the south on his most recent record This Land, most notably on the album’s title track.

Check out Clark’s full statement below.

And Now, Checking In With El-P

“Why isn’t Kanye speaking?!” He was busy donating $2 million to the families of Ahmaud Arbery, Breonna Taylor, & George Floyd.

This Week In Streaming News 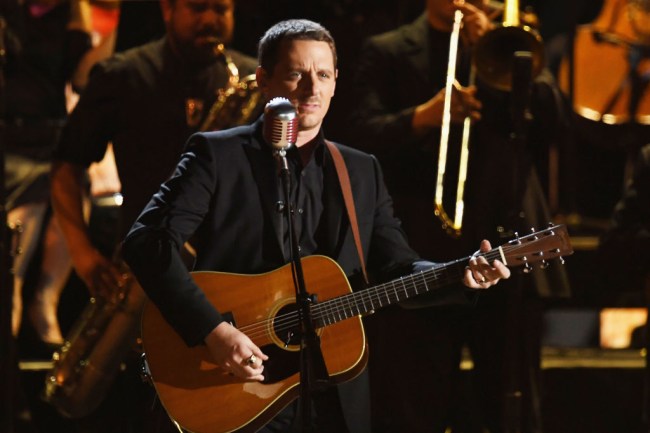 Well, going to see live music still isn’t happening so streaming live music is still the best thing we have going for us. It’s better than nothing, I guess.

Sturgill Simpson will be performing a show at Nashville’s Ryman Auditorium on Friday, June 5 at 8 p.m. ET. The show will be streamed via nugs.tv and will feature Simpson playing tunes with a crew of his buddies in the famed Nashville venue. The live stream is free, but viewers are encouraged to donate to one of three charities picked by Sturgill, including the Special Forces Foundation, The Equity Alliance, and Musicares COVID-19 Relief Fund.

Over at NPR, they are celebrating the 40th anniversary of Washington D.C.’s 9:30 Club by opening up the archives of shows NPR broadcast from the club from 2015 to 2017. The shows can be streamed via NPR’s website. The archive features shows by Sonic Youth, Death Cab for Cutie, Lucinda Williams, Yeah Yeah Yeahs, Arctic Monkeys, Jenny Lewis, The Black Keys, The National, Animal Collective, Spoon, Wilco, The Raconteurs, Dinosaur Jr., and more.

And in case you missed it, Dropkick Murphy’s performed in an empty Fenway Park in Boston last week. The show was live-streamed and featured a virtual guest appearance by Bruce Springsteen. The performance also raised over $100,000 for the Boston Resiliency Fund, Feeding America, and Greater Boston’s Habitat for Humanity. You can check out the performance here.

nothing is shocking. (but this a lil) https://t.co/s0xjaU9Hu2

Galactic teamed up with singers Ivan Neville and Anjelika ‘Jelly’ Joseph to record an updated version of their song “Something’s Wrong With This Picture.” The track originally appeared on their 1996 album Coolin’ Off. The song was written by the band’s late vocalist Theryl “Houseman” DeClouet.

“Faced with the gravity of recent events, we felt that redoing this song now would hopefully spread a message of awareness,” Stanton Moore, the band’s drummer, said in a statement. “We believe that we need to do more to show that we stand with our Black musicians, friends and heroes against violence, injustice and inequity. We will not be silent. Black Lives Matter.”

The video was recorded in the New Orleans’ club Tipitina’s, which the band purchased in 2018.

A System Of Down Divided Cannot Stand

System of Down was supposed to be heading out on tour with Korn and Faith No More, but you know, the pandemic is still a thing. In their downtime, the band is doing what a lot of people are right now and keeping tabs on politics here in the country.

However, if you thought that the band members were aligned in the political views, you are sorely mistaken.

And in the other corner, is drummer John Dolmayan.

I don’t know. Maybe the band spending some time apart might be best.

How do we know this tweet wasn't sent by one of the tigers? https://t.co/oJsB0ocbgm