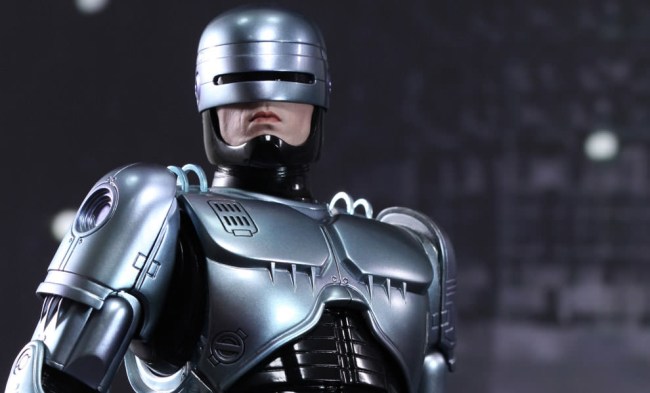 This week, there was a trailer for a sequel to 1986 movie Crocodile Dundee, but it has come out that the Danny McBride Dundee movie might be a fake movie that is actually a Super Bowl commercial. If this Crocodile Dundee reboot is fake, could Danny McBride be lampooning Hollywood for their love of remaking old movies? Well, if he was then he has more fodder because another 80s movie is being remade. Edward Neumeier, who wrote the original 1987 RoboCop movie, revealed that he is working on a new RoboCop film that will be a direct sequel to the 1987 sci-fi classic.

In an interview at the Barbados Independent Film Festival, Neumeier said another RoboCop movie is coming. “I think all of that came out of that and it’s nice that people are still interested in RoboCop and they have me working on a new one at MGM right now so maybe we’ll get another one out of it,” he told Zeitgeist. This news has RoboCop fanboys like…

“We’re not supposed to say too much,” he added. “There’s been a bunch of other RoboCop movies and there was recently a remake. [But] I would say this would be kind of going back to the old RoboCop we all love, starting there and going forward. So it’s a continuation really of the first movie in my mind. So it’s a little bit more of the old-school thing.”

Everyone’s favorite law enforcement cyborg has already had a slew of sequels with mixed results. There was RoboCop sequels in 1990, 1993, and a reboot in 2014 by Brazilian filmmaker José Padilha and starred Joel Kinnaman. Ed Neumeier and the original RoboCop director Paul Verhoeven were involved with either of the sequels. There was even a short-lived TV show in the 1990s and even an animated show. So expect a new RoboCop to serve the public trust, protect the innocent, uphold the law within a few years. Check out a real-life robocop in Dubai.