New York Imposes 10PM Curfew On Gyms; What Psychos Work Out After 10PM? 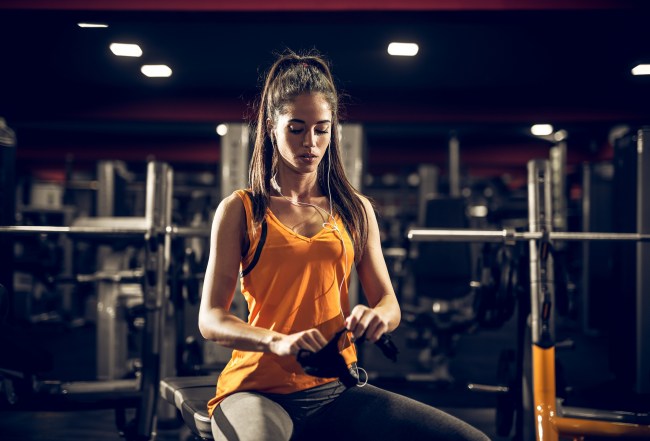 Gov. Andrew Cuomo announced new coronavirus restrictions that will go into effect in New York today. Bars, restaurants and gyms will have to close at 10 p.m. and private parties will be capped at 10 people. https://t.co/LMCeQbNfS5

Lots of New Yorkers crying in the streets right now after finding out that we’re heading back towards board games and quiet nights. The powers that be announced Wednesday that restaurants, bars, and gyms must shut their doors no later than 10PM.

Which begs the question: who works out after 10PM?

Is it lobstermen? No, they’re in bed early, up at 3AM.

Investment bankers covering Asian markets? No, no… the Asian market hours start at 8PM EST. Can’t be taking a gym break just two hours in to trading the HSI (I looked all of this up. All of it. This is brand new information for me.)

Jacked 24-hour deli workers? Those guys who make sandwiches on rolls that were baked during Prohibition? The sort of bread that even a swan would ignore?

Don’t see too many lumpy gym rats at those places.

So who the hell is working out after 10PM at the gym? Of course it will end up being pregnant, single, underrepresented mothers training for Iron Woman contests they MUST WIN in order to pay the college tuitions of the quintuplets they carry. Watch this be the last blog I write.

Do you have any idea what it would take for me to go to the gym for a workout at 10PM? That’s winding-down time, not load-the-wagon time. The very thought of syncing my bluetooth earbuds to my phone and pounding down a treadmill to the soothing tones of DMX when it’s dark… and hell is hot? Shudder-city. Peeling a wet, sweaty Lulu tank away from my heaving clavicle at bedtime might be the last thing on earth I would want to do. Jesus, it takes multiple 10-minute Calm app sessions + 2 bong rips of a HEAVY indica for me to muster the fatigue needed to overwhelm the swirl of chaos in my brain these days. Crushing an incline DB superset feels like the wrong direction before fluffing my pillow feels like the wrong direction entirely.

In college, the NCAA mandated that we could only start official, full practices on February 1st for lacrosse. Prior to that, it was all captains’ practices, lifting and conditioning, and individual skill sessions. Our coach was so amped to run a full, regular practice that he came up with the idea for “midnight madness”—a practice that would start the second the clock struck midnight and we were technically, legally allowed to begin our season.

And so it was that we strapped on our pads, buckled our helmets, and jogged out to the field at 11:55PM at the end of January. We practiced from 12-2AM. After showering and eating a 3AM meal, none of us got to sleep until maybe 5AM. Then, we were completely wrecked for an entire week and we went .500 that season. Nice choice, coach.

Mark Wahlberg famously rouses himself at 2:30AM and hits the weights around 3:30. He also eats three breakfasts and eats dinner with his family at 5:30, then goes to sleep at 7:30 like a dementia patient. So even Marky Mark is deep in his 2nd REM cycle by the time these gym psychos are starting their 10PM workout.

Who are these raccoons lifting weights at 10PM?!