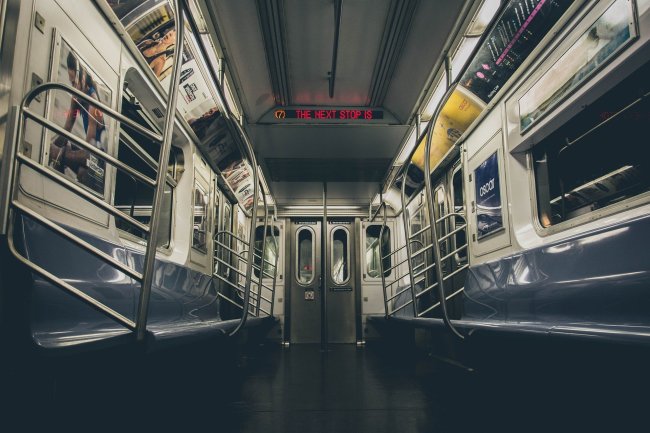 People have been telling me for months that the city of New York is dead and this latest revelation just might be the nail in the coffin. The MTA Board moved officially ban pooping on public transit and with that, they’ve killed off a piece of NYC that is an integral part of welcoming every new resident to the city.

This alone doesn’t make you a ‘real New Yorker’ but you’re not a real New Yorker until you’ve made the mistake of getting on a seemingly empty subway car during rush hour and thinking you’ve hit the jackpot with open seats galore until you step through those doors and get hit by the smell like you’ve been crushed by a Mac Truck.

According to the Post, complaints of terrible turds have been on the rise since 2019 and the MTA (Metropolitan Transportation Authority) moved to formally make dropping deuces formally banned on public transit.

The Metropolitan Transportation Authority’s board is slated to formally ban defecating on its subways, buses and transit facilities during its meeting on Wednesday.

The dirty deed is already barred under current rules, which subject any rider to a $100 fine for “create[ing] a nuisance, hazard, or unsanitary condition (including, but not limited to, spitting or urinating).” But the rule change will specifically add “defecating” to the list of bodily expulsions.

Complaints of “soiled” subway trains surged in 2019, according to MTA data. The agency had insisted at the time that the increase in reports of disgusting subway cars was the result of more vigilant riders — not worsening conditions.

According to the Post, the MTA will now use ‘more descriptive language’ and ‘enhanced clarity’ to communicate to the public that taking craps on public transit won’t be allowed. They’ve also banned spending more than one hour in any given station and “any wheeled cart greater than 30 inches in either length or width” which is going to be a complete clusterf**k when tourists start flying in from Europe and Asia again and bring everything they own on the subways to/from JFK.

All this comes just a few days after the Department of Justice identified New York City (and Portland + Seattle) as an anarchist zone. How can you justifiably call a city anarchist when a citizen’s not even legally allowed to drop big stinky logs on the subway seats?! Maybe it’s already time to reclassify NYC as one of the most lawful cities in the world.