Creamsicle Alert! The NFL Approves Use Of Alternate Color Helmets In 2022 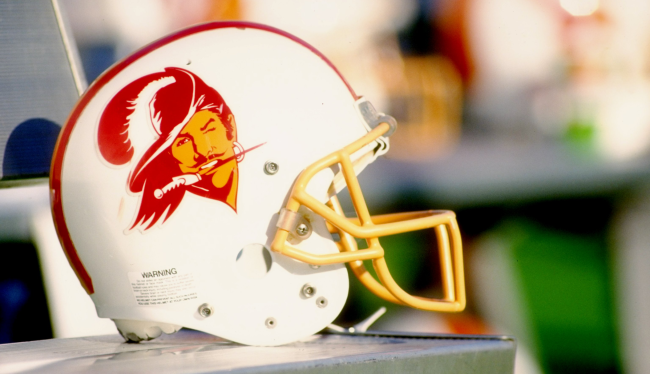 The NFL announced in a memo to teams on Thursday that it will be doing away with its one helmet rule beginning with the 2022 season.

This means NFL teams will now be able to pair a new helmet design with either an alternate, throwback, or Color Rush uniform.

The NFL just sent this memo to teams—starting in 2022, clubs will be allowed to use a second helmet. Which opens the doors for the return of Bucco Bruce and Pat Patriot, etc.

That also means the return of the Tampa Bay Buccaneers’ iconic creamsicle look.

The rule was established in 2013 to improve player safety, requiring teams to have only one helmet color so players would practice and play in the same helmet. While teams will now be allowed a second set of helmets, they must be the same make, model and size as the player’s primary helmet. Additionally, players must have an opportunity to wear them in practice before wearing them in a game.

This move regarding alternate helmets by the NFL opens up a plethora of opportunities for teams.

Will the Cincinnati Bengals come up with a new white helmet to go with their snazzy new white unis?

How crisp does this look?

Perhaps the 49ers will now be able to don an all black helmet to go with their all black kits.

And you know this helmet 100 percent needs to make a comeback in Los Angeles.

What else should NFL teams do with the alternate color helmet now being an option?

How about this one for the New York Giants?

The Tennessee Titans should totally be rocking these at some point in 2022.

I also want to see the Arizona Cardinals wearing this helmet again.

What about this one Seattle Seahawks fans?

The Broncos definitely need to bring this look back for at least one game in 2022.

Then there these alternate color helmet options…

Since our old helmets are already silver, hopefully they let us use a black helmet 🤞🏴‍☠️🏴‍☠️🏴‍☠️ #Raiders #RaiderNation pic.twitter.com/0Empwdrb83

Unlike Major League Baseball, the NFL just gets it.