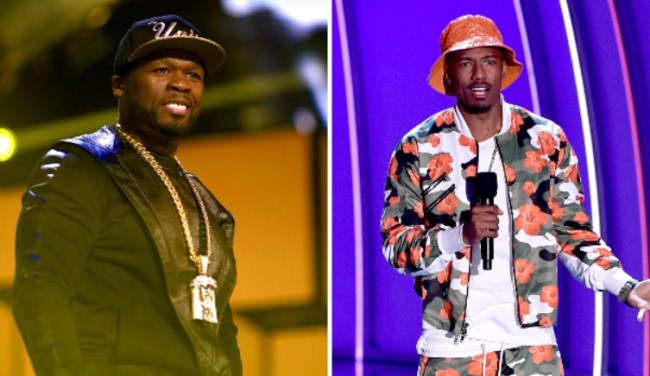 Nick Cannon is fed up with 50 Cent’s BS.

50 Cent then took to Instagram to troll Cannon for getting fired.

“Damn nikki what the fuck was you on that stupid ass podcast talking about?”. “No More Wilding Out Hun! (Don’t worry Be Happy).”

50 then continued to troll Cannon by saying that he was going to launch his own show called “Out Wild” which is clearly mocking “Wild ‘N Out.”

Cannon caught wind of 50’s trolling and fired back Nick by quoting “Wanksta” and comparing the proposed spin-off to The Game signing to G-Unit.

“Hahaha It be your own people!! Feels like when The Game came in and took over G-Unit!! ‘Damn Homey, In Highschool you was the man Homey!!!”

It’s only a matter of time until 50 fires back at Cannon so stay tuned.