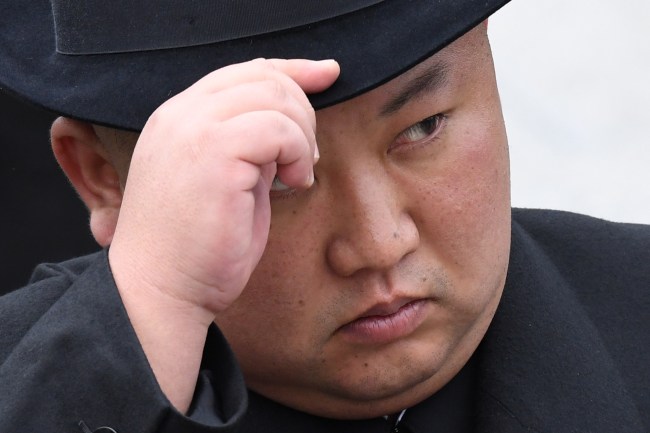 The mere fact that you are reading this article on the internet makes you an “invisible enemy” to North Korea. Their words, not mine.

Just days after American media outlets (us included!) mocked the North Korean regime for admitting to its people that they were lying about divine leader Kim Jong Un’s ability to bend space and time, the North Korean Workers’ Party Newspaper are punching back, claiming the influence of Western culture is the work of the devil.

A piece in the Workers’ Party Newspaper attacked the “ideological and cultural poisoning” caused by Western influences such as films, music, and language, admitting the country’s susceptibility to what they call “invisible enemies.”

The article, which was reported by The Times, reads: “The imperialists’ moves for ideological and cultural poisoning are getting ever more vicious to disintegrate us from within by benumbing our people’s revolutionary consciousness.

It continues: “Invisible enemies are more terrible than those we can see. Today the imperialists are desperately scheming to cleverly hide their rotten ideology and culture in texts, melodies, and daily necessities.”

The article adds that other socialist countries’ failed because due to the young people who “became addicted to the punk-style that the imperialists had spread.”

This claim is laughable after just a cursory glance at Kim Jung Un’s resume:

Kim Jong Un and Dennis Rodman is still the weirdest and most unlikely friendship in human history pic.twitter.com/6uX85Ezttk