The Iconic Crown The Notorious B.I.G. Donned Days Before His Death Is Going Up For Auction Alongside Some Other Notable Artifacts From Hip-Hop History 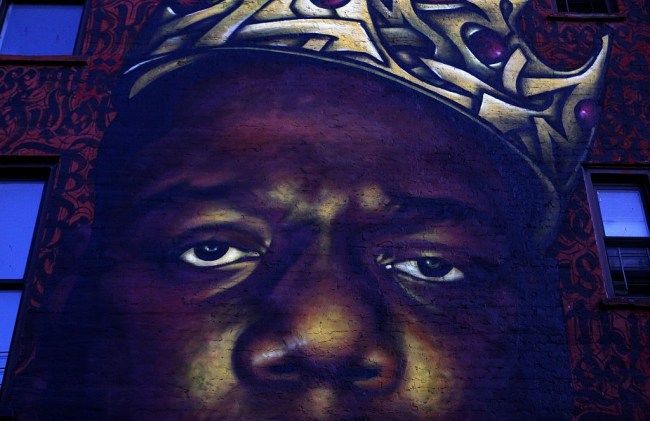 It’s been a little over three years since Kendrick Lamar whipped the world of hip-hop into a frenzy after he hopped on a Big Sean song and proceeded to drop a verse where he not only called out the man who had been nice enough to extend the invitation but ten more of the biggest rappers in the game at the time.

The Compton native had burst onto the scene the previous year with the release of his widely-praised debut album Good Kid, M.A.A.D City, and while his claim that he was the best rapper the West Coast had to offer was fairly bold when you consider how early into his career he was, he went one step further when he also dubbed himself “the King of New York,” which understandably didn’t sit well with some of the artists hailing from the city where hip-hop was born.

Lamar’s—who has cemented himself as the force he proclaimed himself as at the time with the music he’s released since then—was obviously trying to stir the pot with that particular boast but it also highlighted an issue the New York City rap scene was facing at a time (and is arguably still grappling with to this day), as no artist had been able to establish themselves as the face of the five boroughs.

I’d argue 50 Cent was the last rapper with an undisputed claim to the throne in question, and when you consider how consistently he’s contributed to the culture over the past few decades, you could argue Jay-Z is still worthy of being bestowed with the crown that was passed to him following the passing of the first man to stake his claim: the Notorious B.I.G.

The man born Christopher Wallace has a tendency to refer to himself as “Frank White,” a reference to the drug lord portrayed by Christopher Walken in the 1990 crime thriller King Of New York.

On March 6, 1997, photographer Barron Clairborne invited Biggie his studio in Manhattan for a shoot where he had the rapper don a lopsided crown as a symbol of his reign that came to a shocking end just three days later when he was gunned down in Los Angeles to essentially bring an era of hip-hop defined by the beef that had claimed the life of Tupac Shakur less than a year before to a close.

Clairborne’s picture would go onto to become an incredibly iconic image and he’s hung onto the famous crown for the past 23 years, but according to Observer, he’s decided to put it up for auction as part of a lot filled with notable items from hip-hop history that Sotheby’s has curated for an auction set to kick off on September 15th.

The crown—which is signed by B.I.G. and the photographer and is expected to fetch up to $300,000—seems to be the highlight of the sale, but it will also contain letters a 16-year-old Tupac penned to his girlfriend at the time (similar notes he wrote two years prior previously sold for $15,000) in addition to over 120 other offerings that have yet to be unveiled.