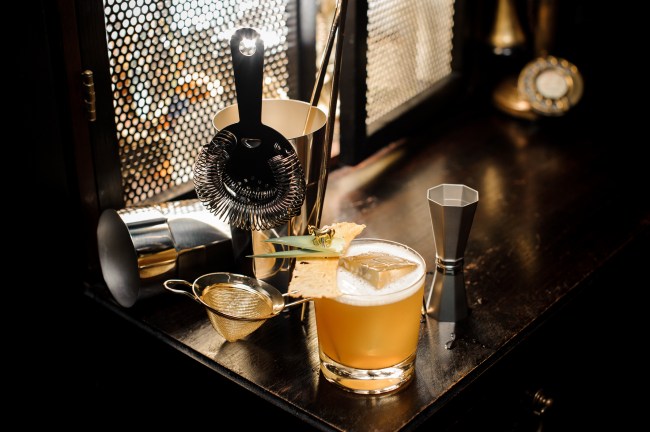 There are a lot of great Americans right now showing their true colors. From doctors and first responders treating sick patients, to underpaid workers in the service industry risking their health to keep the supply chain going, daycare works taking care of the first responder’s kids, and your average joe stuck at home watching Netflix doing his part by not dicking around about town and risking the chance of spreading infection.

Then there are the others. I’m talking about people like the Spring Breakers partying it up as if this was all some sort of bad dream and not a literal waking nightmare. Or my dipshit neighbors (almost all of them) who insist on having cookouts with friends every night and parties on the weekends.

New York City is the world’s epicenter of the breakout right now. As of earlier this morning, there were over 83,000 confirmed cases in the state of New York. The stories from emergency room doctors and nurses are haunting, both in the news and from friends who are working in these hospitals right now. It’s terrifying.

Most of NYC is doing their part and staying home to stop the spread and flatten the curve. Some, like the jerk in Brooklyn running an illegal speakeasy with gambling and booze, are flouting the rules and making a shitty situation even worse for everyone else. Don’t be that guy. In fact, if you know someone who is engaging in behavior like this you should call them out and shame the shit out of them.

Here’s the rundown via Newsweek:

Bars and restaurants across the city were ordered to stay closed until April 15 in a bid to slow the spread of the novel coronavirus in the city. But officers arrived at 354 Kings Highway in Brooklyn after a complaint was made to 311 and found around 12 people inside drinking and gambling, a New York Police Department spokesperson confirmed to Newsweek. The business did not have a liquor license, the spokesperson said.

Vasil Pando, 56, of Brooklyn, is facing a number of charges, including the illegal sale of alcohol, promoting gambling, criminal nuisance and reckless endangerment. Pando was also charged with violating Mayor Bill de Blasio’s order, which shut down nonessential businesses and limited bars and restaurants to takeout and delivery only.
“The defendant was previously notified of the Mayor’s Executive Order and was found to be in violation during the inspection,” the NYPD spokesperson added.

Pando’s arrest was the only one from Saturday after officers visited 7,667 bars and restaurants between 8.am. on Saturday and 8 a.m. on Sunday and found 5,867 of them were closed. On Sunday, de Blasio said New Yorkers who flout social distancing rules would be fined up to $500.

“I want to just let all New Yorkers know that what we’re trying to do is say: you’ve been warned and warned and warned again, now, if an officer comes up to you, if someone wearing an official city, a uniform official city identification comes up and says, move along, disperse… if you ignore it, we’re going to have to fine you,” de Blasio said. (via Newsweek)

The report doesn’t specifically say which business this was at but a quick glance at Google Maps shows me this is a two-story corner address with the second story available for rent and the first story on Google Maps appears to be occupied/have been occupied by a salon.

Again, don’t be that guy. Don’t be the asshole who only thinks of himself in this situation. Everyone everywhere is miserable and that’s what connects us all right now.

Things haven’t even begun to peak yet. We’re still weeks away from that happening in most places across America. You want a drink? Order some booze online. There’s a solid chance that delivery is free and it’ll be at your doorstep in under an hour. Want to get your gambling fix? Figure out a way to play online poker. Please just stay the shit home for a few weeks, please.