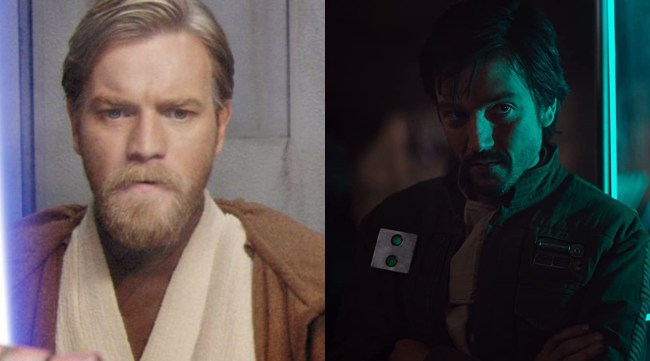 Luckily for fans of the galaxy far, far away, The Mandalorian is one of the few things out there to be unaffected by The Big Cancel, as production on the highly-anticipated second season wrapped at the beginning of March.

With production on the series — which is set to see  Rosario Dawson join the cast as fan-favorite Jedi Ahsako Tano in her live-action debut — still on schedule, the second season is set to hit Disney+ in October.

However, while The Mandalorian remains on track, the other upcoming Star Wars series on Disney+ have not been as lucky, as both the Ewan McGregor-starring Obi-Wan Kenobi series and the Diego Luna-starring Cassian Andor have been delayed due to rewrites.

As a result of both the rewrites and the current global situation, the release dates of both series have been delayed, with the Cassian Andor series set to debut on Disney+ in 2021 and the Obi-Wan series set to premiere the following year in 2022.

According to Disney+ France, the Cassian Andor series is 2021 and Obi-Wan is sometime in 2022.

If you haven’t already yet, now is the perfect time to binge-watch the excellent first season of The Mandalorian, as all eight episodes are currently streaming on Disney+. You can also check out The Clone Wars, which is currently in the midst of airing its seventh and final season.

RELATED: ‘The Mandalorian’ S1 Review: This Is The Way For The Future Of ‘Star Wars’