REVIEW: Old Forester Birthday Bourbon Is Back And Better Than Ever 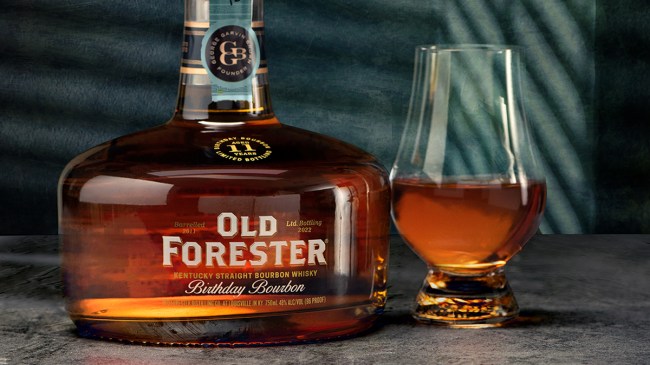 On September 2, 2002, Kentucky’s storied Old Forester distillery opted to pay tribute to founder George Garvin Brown on what would have been the 156th anniversary of his birth with the release of “Birthday Bourbon,” a limited edition batch that holds the distinction of being the first “vintage-dated bourbon” on the market.

That celebration would mark the beginning of one of the more beloved annual traditions the whiskey world has to offer, as the master distiller at Old Forster has spent the past two decades blending various barrels to create a one-of-a-kind “snowflake” batch that’s unique to each and every year.

While many fans of craft beer are likely accustomed to waiting in line for hours on end in the hopes of securing a sought-after brew, there aren’t many distilleries that can brag about regularly dealing with similar crowds in conjunction with a drop. However, Old Forester is a very notable exception.

It didn’t take long for the hype surrounding Birthday Bourbon to grow, and once it did, people began to flock to the distillery’s outpost on the historic “Whiskey Row” in the heart of Louisville at the beginning of each September in the hopes of snagging one of the lucrative bottles.

This year, Old Forester opted to switch things up prior to what would’ve been the 176th birthday of its founder by giving people around the United States the chance to enter through the online lottery that was used to exclusively determine who will be getting the 2022 iteration of Birthday Bourbon.

The winners (and losers) of that lottery were notified on September 2nd, and if you’re either curious about what’s in store or want to know what you might be missing out on, the folks at Old Forester were kind enough to send a sample our way so we could give it a try. 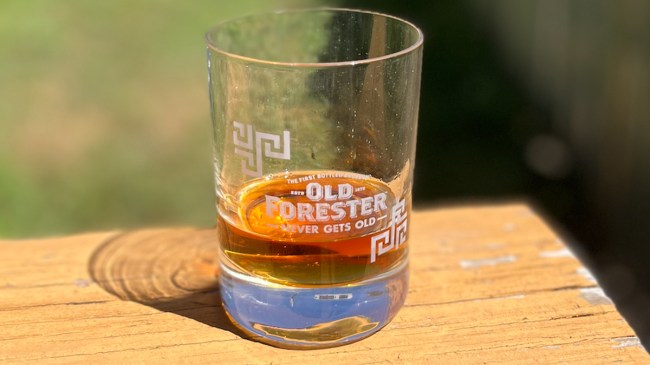 The nature of Birthday Bourbon means you never know exactly what you’re going to get when a new batch rolls out aside from the fact that it’s going to be some damn fine whiskey—and this year is certainly no exception.

One of the most striking aspects of the release came to my attention while conducting the compulsory “swirl and sniff” test that highlighted the impressive viscosity of a liquid that really takes its time dripping down the sides of the glass (which is reflected in a noticeably oily mouthfeel).

The aroma is also absolutely bursting from this bourbon; you could probably be standing a couple of feet away from a dram and still be able to detect the fruity bouquet and the unmistakable scent of cedar.

Of course, there aren’t many people out there buying bourbon because of how it looks or smells, and I’m happy to report the biggest draw—the flavor—is going to check off basically all of the boxes you want in a bottle that will set you back $149.99 at retail.

The 2022 Birthday Bourbon is a fantastically balanced whiskey with a taste that comes in a couple of distinct waves.

When you take your first sip, you’ll get hit with a profile that’s defined by dark chocolate, coffee, and hints of orangy citrus. You’ll have just enough time to think, “Wow, that’s really smooth” before the pleasant burn of the 92.5-proof whiskey begins to sneak up on you before enveloping your palate with the bold oakiness that ends up taking the reins.

The only real downside is that it’s hard to not keep coming back for more, so if you’re lucky enough to get your hands on a bottle of 2022 Birthday Bourbon, you’ll likely have to exercise some self-restraint—and if you come across it at a bar or are lucky enough to be offered a pour, you owe it to yourself to take advantage of the opportunity.