Olivia Munn Opens Up About Past Boyfriend Who Made Her Feel ‘Worthless’ (Hmm, Who Could That Be?) 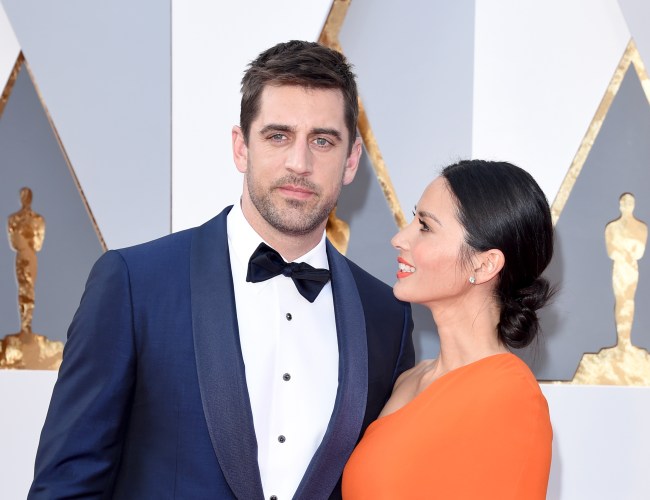 Just in case Aaron Rodgers didn’t get enough bad press after giving the worst beer chugging performance in human history, Olivia Munn is here to give the fatal blow.

The actress, who dated Rodgers from 2014 until 2017, made an appearance on the first episode of the Naked with Catt Sadler podcast to discuss a toxic relationship in the past. The 38-year-old didn’t name names, but she didn’t have to. Munn spoke about this former boyfriend of hers leaving her feeling “worthless.”

“We had been in calm waters for a long time, it’s always calm waters. And then all of a sudden the boat capsized,” Munn said. “I think a lot of women and men who are in relationships are like this, where you’re just walking on eggshells and you’re just happy anytime…you can breathe a little bit, even though you don’t realize that you have a cinder block on your chest the whole time. You’re taking in little sips of air.”

Munn described the relationship like someone would describe prison camp, feeling like she was “in the middle of the ocean with no life raft, no life vest, and every day I had to just keep going, ’cause eventually, it will get better.”

“When it capsized, I was still in the emotional place that I had been in for those years, which wasn’t a good place,” she continued. “And then when you do go through something like that you do truly feel worthless.”

The Predator actress claimed that she allowed this unspecified boyfriend to have autonomy over her career, turning down juicy career opportunities at his request.

Munn revealed that she’s so happy at the moment that she doesn’t think she’ll ever get married or have kids unless someone “so amazing” comes along. So how will she get past the loneliness?

“They make great vibrators and a lot of them are USB-charged now. You don’t have to scramble around for batteries,” Munn said.