‘The Onion’ Predicted Exactly How U.S. Troops Would Withdraw From Afghanistan 10 Years Before It Happened 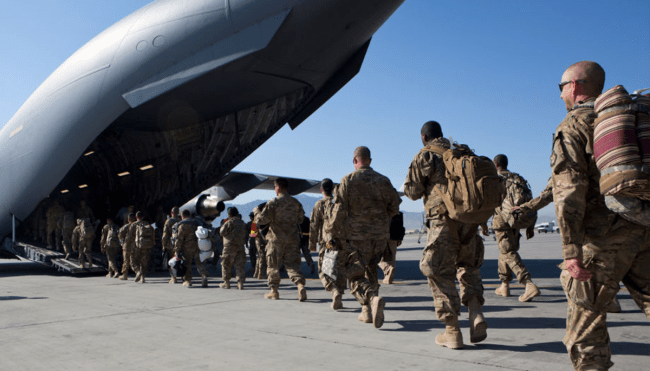 The Onion has established itself as the world’s premiere satirical publication since printing the first issue of its fake newspaper in 1988 with a huge assist from the internet, as social media has played an instrumental role in showcasing its brilliance based on its ability to rile up people online who are routinely duped into believing its stories are real

However, over the years, The Onion has published a number of farcical articles that became retroactive prophecies—and now, we can add one more accidental prediction to the list thanks to what unfolded in Afghanistan over the weekend.

Following years of false starts and broken promises, it appears the United States military is finally withdrawing from Afghanistan almost 20 years after it deployed troops to the country in the wake of 9/11. That includes the forces stationed at Bagram Airfield, who quietly departed the base in the middle of the night last week.

Now, I’m sure the officials overseeing the exit were forced to juggle a ton of logistics, but it appears one fairly important detail managed to slip between the cracks. According to the Associated Press, no one bothered to tell the Afghan officials who are now in control of the airfield that the United States had decided to peace, as they only discovered the development after looters descended on the location after the Americans cut the electricity when the evacuation was complete.

“U.S. Quietly Slips Out Of Afghanistan In Dead Of Night” would be a pretty accurate headline to sum up the situation—which was exactly what The Onion decided to go with 10 years ago when it published an article jokingly predicted the military would “ghost” the Afghans at Bagram by leaving a breakup note outlining the rationale behind the sudden and unannounced decampment.