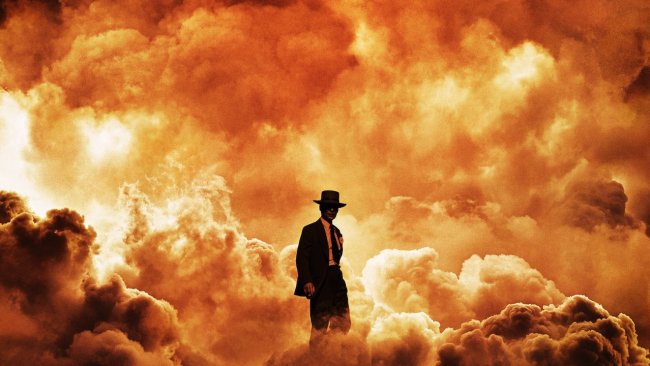 If you go to see Jordan Peele’s Nope this weekend, you’ll be treated to the first teaser for Christopher Nolan’s new film Oppenheimer, which will hit theaters next summer.

The film stars Cillian Murphy as J. Robert Oppenheimer, who is known as the “father of the atomic bomb” and the man who infamously and quite chillingly said, “I am become Death, the destroyer of worlds.”

“The world is changing, reforming. This is your moment,” says Emily Blunt, who plays Oppenheimer’s wife, Katherine. Then a ticking countdown clock appears on the screen, reading “11 months, 24 days, 15 hours, 29 minutes.” The teaser once again uses the tagline used on the film’s poster, reminding the audience that the clock is counting down towards the day “the world changes forever.”

Robert Downey Jr., who plays Lewis Strauss, is heard referring to Oppenheimer as “the man who moved the earth.” Then the film’s title appears on the screen, and black-and-white shots of Murphy are inserted between images of fire and smoke. [via IndieWire]

At this time, the film is scheduled to release in the United States on Friday, July 21, 2023. This, of course, is famously also the day that Greta Gerwig’s Barbie, which stars Margot Robbie and Ryan Gosling, hits theaters.

Fans of Nolan’s will certainly be hoping that Oppenheimer is a return to form for the acclaimed director, as his previous film, 2020’s Tenet, got the worst reviews of his career.