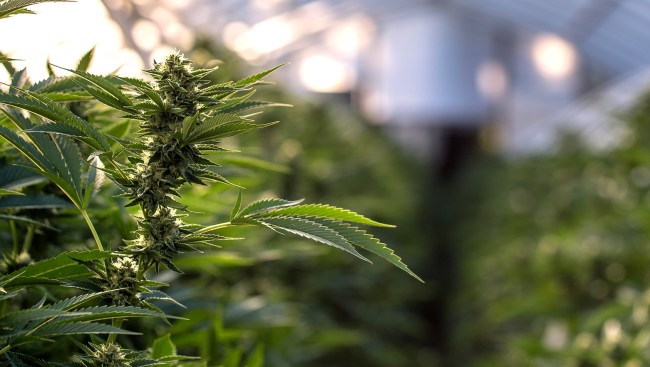 Law enforcement authorities in Oregon announced the seizure of “an epic amount” of illegal – approximately 500,000 pounds – of processed marijuana after carrying out a search warrant in Jackson County during a two-day raid last week.

The Oregon State Police Southwest Region (SWR) Drug Enforcement Section (DES) served the warrant on Nov. 18 in White City, Oregon at a location consisting of five industrial-sized warehouses zoned for commercial use, according to a press release.

The DES Team’s conservative estimate on the amount processed marijuana seized, depending on where it would be exported to, reportedly has a conservative street value of somewhere around $500 million.

Oregon State Police also reported that they had detained over 100 individuals as a part of the raid. Several of the detainees were “migrant workers living on-site in subpar living conditions without running water.”

“This is a very involved investigation and will be ongoing for several weeks,” authorities said in a statement. “OSP will be releasing more information when available.”

Oregon state law prohibits the manufacture of marijuana without a license.

“We’ve had stabbings, robberies, thefts, burglaries, homicides, sex crimes, motor vehicle accidents, DUIs, all related to the influx of the marijuana-cannabis industry in our in our valley,” Jackson County Sheriff Nathan Sickler testified last week. “It is certainly an issue we deal with on a daily basis here.”

Many on social media expressed a clear lack of appreciation for the amount of resources used by law enforcement in completing this “epic” $500 million marijuana bust.

Why are wasting the taxpayer's money cutting down a plant that is legal?

Every shred of resources for this “bust” could have gone toward dealing with P2P meth.

Marijuana? WTF!!!!!
Get the eff out the and get the sh*t laced with deadly amounts of Fentanyl. What are you morons.

Do y’all go after illegal beer brewing operations too?

Thank you for publicizing this insanity of seizing what should be a completely legal crop. I know our Governor is a lost cause, but can't someone in the legislature fix this?