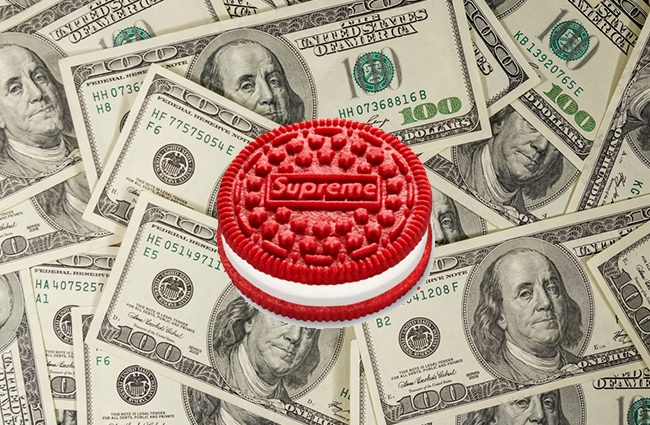 A few years ago, I was coming off of a very long day in Manhattan and headed down into the subway knowing I was going to have to refill my card only to be greeted by what can only be described as a mob of youths sprinkled with less-than-thrilled commuters swarmed around the machines standing between myself and getting home.

I ended up walking ten blocks to the nearest station and was met with an equally packed and chaotic scene and realized something must be amiss. After doing a bit of research, it came to my attention that the MTA had recently rolled out a limited-edition MetroCard in collaboration with the only company capable of turning a subway station into an absolute madhouse: Supreme.

Since opening its first store in SoHo in the mid-90s, Supreme has become one of the hottest names in streetwear and there are few brands that are able to whip hypebeasts into a frenzy quite like the company does when it announces a new product or collaboration.

While it first made a name for itself with the apparel featuring its iconic box logo, Supreme consistently leaves the fashion lane and slaps its signature white and red lettering on products including fire extinguishers, crowbars, and (my personal favorite) a single brick that retailed for $30.

However, Supreme may have outdone itself earlier this week when Oreo dropped a fairly unexpected tweet announcing the two companies had teamed up for a limited-edition version of the Double Stuf cookie.

On Thursday, three-packs of the snack went on sale at Supreme’s NYC stores (an online release is slated for next week), and while the brand’s products are notoriously expensive on the secondary market, most of them don’t also have a shelf life.

However, that hasn’t stopped people from reselling them at absurdly high prices, and a quick glance at eBay shows multiple sellers have already started to flip them, which has resulted in people bidding thousands of dollars in an attempt to get their hands on a package of three cookies.

As is the case with any item being sold on eBay, there’s no guarantee people will actually pay the asking prices (one person has listed the “Buy It Now” price for $4,000) but an examination of the current auctions shows that people actually seem to be bidding four digits for these things.

Supply and demand is truly wild, man. Adam Smith would be proud.