Main Oscars Producer Speaks Out For First Time, Says Chris Rock Made A Muhammad Ali Joke, Did Not Want Will Smith Removed 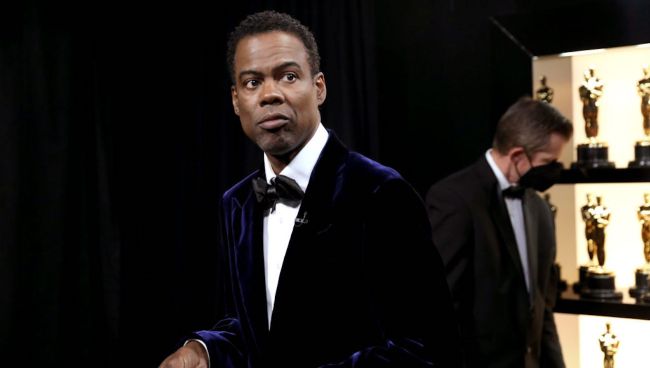 Will Packer, the producer of films such as Straight Outta Compton and Girls Trip, served as the producers of this year’s Academy Awards, which will likely go down in history as one of, if not *the* most infamous ceremony in Oscars’ history.

Speaking for the first time since Will Smith’s infamous slapping of Chris Rock, Packer says that Rock joked he “just took a punch from Muhammad Ali.” He also confirmed reports that Rock insisted against pressing charges and said he was fine.

“Once I saw Will yelling at the stage with such vitriol, my heart dropped. And I just remember thinking, ‘Oh no, oh no. Not like this,’” Packer recalled on Good Morning America.

Additionally, Packer also gave some apparent insight into how Rock was feeling in the immediate aftermath of the moment, claiming that the 57-year-old comedian did not want Smith removed from the audience.

“I immediately went to the Academy leadership that was on site and I said, ‘Chris Rock doesn’t want that.’ I said, ‘Rock has made it clear that he does not want to make a bad situation worse.’ That was Chris’ image. His tone was not retaliatory, his tone was not aggressive and angry. And so I was advocating for what Rock wanted at that time, which was not to physically remove Will Smith at that time.”

Packer also said that Smith, who would go on to apologize to Rock and a bevy of others on Instagram, called him the next morning to personally repent.