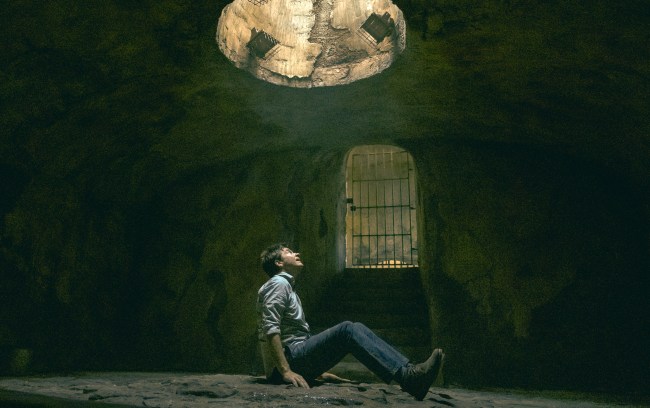 It has been a, uh, tough few weeks ’round these parts, to say the least.

In case you haven’t already heard, essentially everything is canceled. And canceled for a while, I might add. So canceled, in fact, we may as well call it The Big Cancel.

The impact of The Big Cancel has been far and wide, as industries from dining to professional sports to Hollywood have been put on what amounts to indefinite holds.

Sports leagues such as the NBA, NHL, MLS, and Premier League have all been put on hiatus, with the possibility of their seasons being voided entirely firmly on the table.

Bars and restaurants across the nation have been ordered to shut down. Curfews have been enacted and toilet paper has been purchased en masse.

Hollywood productions big and small — from worldwide film releases to the filming of television pilots — have been postponed. Franchise tentpoles like No Time To Die and F9 have been delayed six months and a year respectively, while TV series on every inch of the pop-cultural spectrum have also halted production. Hell, even Fargo, a series that was essentially a month away from being released, has been delayed. Fargo — already filmed television series !

Luckily, while the delay of Fargo was a blow to television lovers across the country, there’s another massive, Emmy Award-winning series that’s shortly due to be released, and similar to its very own electric plot, nothing’s slowing this train down, and that’s Ozark.

If there was ever a review that I’m thankful to write, it’s this one, because — perhaps for the first time since I’ve become a professional adult — entertainment is one of our only legitimate escapes right now. And I’m happy to report that the new season of Ozark — now arguably Netflix’s most successful original drama following its pair of Emmy wins last year — fucking rocks.

In its third season, Ozark somehow figures out a way to simultaneously shed and embrace the Breaking Bad comparisons that have circled the series since its inception. On one hand — similar to the iconic fall of Walter White — the third season of Ozark represents a significant shift into overdrive, as the overall scope of the series begins to concurrently widen and quicken.

With the Byrde family now well and truly in the thick of the Navvaro cartel’s mud, season three’s finest aspect is its ability to maintain perpetual momentum: it never slows down, optimizing the “just one more episode because I need to find out what happens right now” phenomenon that makes the medium so addicting. Watching “just one episode” becomes an exercise in futility immediately.

Ozark‘s third season also represents a dramatic high watermark, as there is an episode towards the end of the season that packs a heavier emotional blow than anything the series has had before, providing a well-earned counterbalance to the blistering pace and tension of the overarching plot.

As the tagline teases, they’re all in now, and season three delivers on that promise by putting forth the series’ best set of episodes yet. The Byrdes are in hell. And you know what they say to do when you’re going through hell?