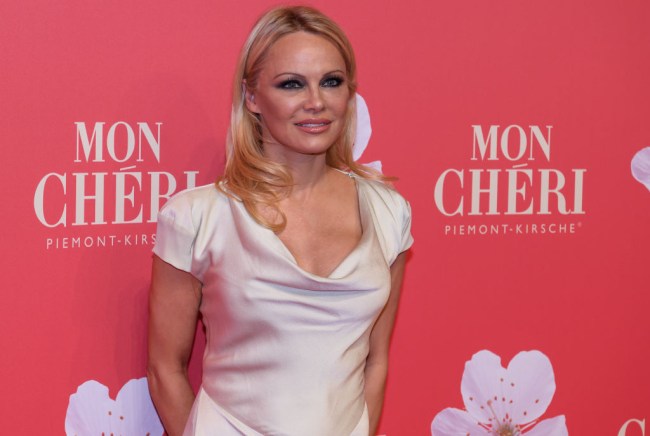 Pamela Anderson has split from Jon Peters after being married for a grand total of 12 days. For those of you who bought Pam Anderson a wedding gift of Waterford crystal candlesticks, I hope she returns them to you, and you can get a refund.

Pamela Anderson married 74-year-old movie mogul Jon Peters in a secret wedding ceremony in Malibu, California, on January 20, 2020. In less than two weeks of not-so marital bliss, the 52-year-old Anderson announced that they have decided to “uncouple.”

“I have been moved by the warm reception to Jon and my union,” Anderson said in a statement released by her rep. “We would be very grateful for your support as we take some time apart to reevaluate what we want from life and from one another.” Is this code for: “This 74-year-old definitely isn’t bringing it like Tommy Lee.”

“Life is a journey and love is a process,” the press release stated. “With that universal truth in mind, we have mutually decided to put off the formalization of our marriage certificate and put our faith in the process.”

“Thank you for respecting our privacy,” the statement ended.

The couple reportedly did not have an official marriage license.

A source close to the couple told Fox News: “She’s known Jon forever, but she never lived with him, contrary to some reports. And until you live with someone… Well, let’s just say Pamela asked for a break. She is heading back to her compound in Ladysmith, Canada, to be with her family.”

How do you f*ck up a marriage to Pam Anderson in less time than it takes to backpack to four European countries?

This 12-day marriage shouldn’t shock anyone who knows her relationship history. Anderson married Tommy Lee in 1995 after first meeting him 96 hours earlier. The Baywatch star married Kid Rock for four months before divorcing. She was wed to Rick Saloman less than a year after the Kid Rock divorce, then divorced him, only to marry him a second time and then divorce him again.

The former Playboy Playmate was also engaged to model Marcus Schenkenberg. Most recently, she was dating French footballer Adil Rami up until last June. Eligible bachelors, now is your chance to be the future ex-Mr. Pam Anderson.

Fun Fact: It took fewer days to construct an entire coronavirus hospital in Wuhan, China, than the duration of Pam Anderson’s most recent marriage.

#Wuhan: Timelapse footage showing construction of #Huoshenshan field hospital, which is due to open on February 3#coronavirus pic.twitter.com/kdwyUGqHyV