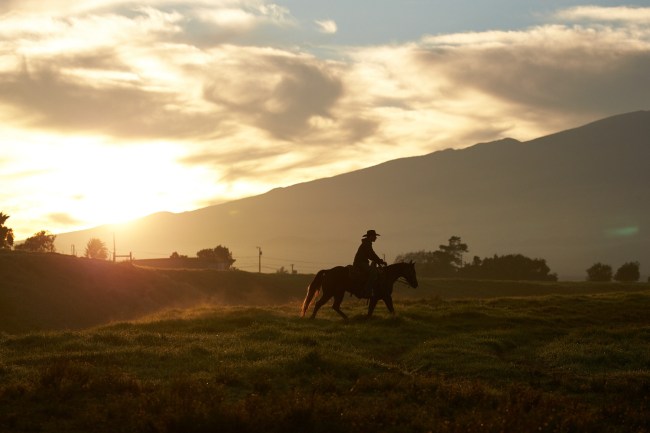 The more I learn about Hawaii the more I understand why it’s so expensive to live there. It’s in a category of its own. From ice-capped mountains to world-class billfish fishing to tropical rainforest to expansive cattle ranches, the Hawaiian island chain has it all.

I’ve never heard of the Paniolo until today. These legendary cowboys have herded cattle on Hawaii’s Big Island for centuries. It all began in the 1700s when the King of Hawaii gift a Bull and a few cows to the Paniolo who to this day have grown into a legendary band of cowboys.

When you think of ‘cowboys’ you think of the Great American West and the Mountain States. From Texas to Oklahoma and Montana to New Mexico. These are the states we grew up learning tales of cowboys and seeing movies depicting cowboys in these states. We don’t always associate Hawaii with cattle ranching and cowboys but YETI Ambassador Chris Malloy sought to change that with his visit to the Big Island where learned from the Paniolo:

The Paniolo on Hawaii’s Big Island are legitimately living the dream. They’ve got world-class hunting and fishing right on Parker Ranch. The weather is perfect all year long. They can literally live off the land and the Paniolo have been doing exactly that for centuries. It doesn’t get much better than that, does it?

By the way, this clip was part of ‘YETI Presents‘, a collection of videos which showcase some of the most badass people on the planet. If you enjoyed this video then I’d wager that you’ll love these ones as well:

This one’s my personal favorite since I’m a born and raised Floridian who spends an inordinate amount of time dreaming about tarpon fishing: