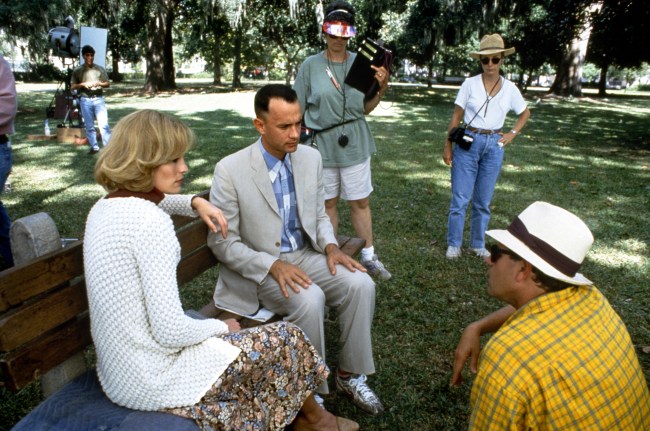 Winston Groom, American novelist and the mastermind behind Forrest Gump, has passed away at the age of 77 in his Fairhope, Alabama home, it has been reported.

Groom, a University of Alabama grad and Vietnam vet, published Forrest Gump in 1986 before it was adapted into the six-time Academy Award winning film twelve years later.

We are saddened to learn of the passing of one of our Legends, Winston Groom. A 1965 UA graduate, Groom authored 16 books, including Forrest Gump. Our thoughts and prayers are with his family during this time. Bio: https://t.co/KoyJD7alVy #WhereLegendsAreMade pic.twitter.com/8B1V1BmOn3

Forrest Gump took just two months to surpass $250 million at the box office and at the time of its release was the fastest grossing Paramount film to pass $100 million, $200 million, and $300 million in box office receipts. Even with astronomical revenue, the film was considered a “successful failure,” with Paramount losing $62 million due to asinine distributor fees and insidious creative accounting that would victimize the man who conceived the entire story.

Winston Groom, the American novelist and author of "Forrest Gump," has died https://t.co/hZFFkOG7xR

Groom was offered $350,000 for the screenplay rights to his novel plus 3 percent of the net profit of the movie, not a bad deal for what would ultimately become the fourth-highest grossing film in history at the time and a final box office haul of $683 million.

However, Paramount pulled the wool over his eyes with what would come to be known as “Hollywood accounting,” whereby the film’s expenditures were inflated so much to eliminate the reported profit of the project and subsequently absolve the production company of profit-sharing responsibilities.

Groom received only $350,000 for the rights and an additional $250,000 from the studio, losing out on several million before taking Paramount to court and was awarded a seven-figure settlement.

Hollywood accounting has been used recklessly on many iconic films, like Return of the Jedi, which never went into profit despite earning $475 million at the box office against a budget of $32.5 million.

Rather than conceding to have its accounting books examined, Paramount settled for $900,000 for 1988’s Coming to America after claiming it failed to make a profit on a film that grossed $288 million and had a budget that was a tenth of that.

Creators like Steven Spielberg (worth $3.7 billion) and Tyler Perry (newly-minted billionaire) know better, skimming off every ticket sold as a way to safeguard against the snaked.

Rest in Peace to a Mr. Winston Groom, your legacy will quite literally live on forever by way of TBS 365 days a year.

RIP Winston Groom. The author of Forrest Gump. The fantastic book, and greatest film of all time 🙌🏻 #WinstonGroom #ForrestGump pic.twitter.com/rWWOzZfXMx