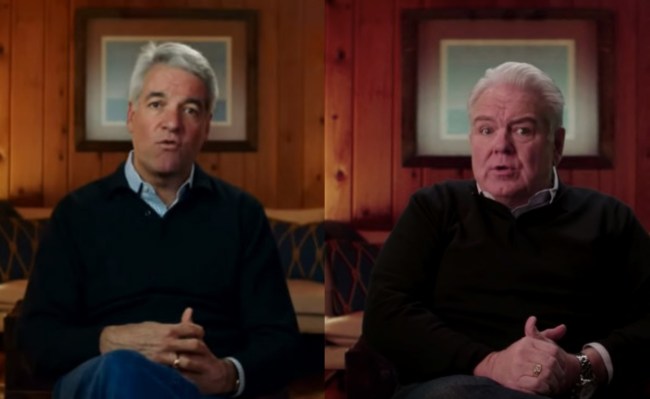 If you’ve watched the FYRE Festival documentary on Netflix then I’m sure you were completely floored, like everyone else, by the Evian water scene starring Andy.

There are some spoilers ahead if you haven’t watched the documentary yet but you might want to stick around anyway so you can understand why there were so many memes of this random old guy with white hair.

This clip below is a parody of that scene starring Jim O’Heir from Parks and Recreation. He played Jerry, Gary, and Larry depending on which season you are watching. They changed his name repeatedly throughout the years. In this clip, Jerry’s been informed by April Ludgate (Aubrey Plaza) that he needs to save the event by picking up some water and Jerry has assumed the role of Andy here.

If anything, it’s great to see original Parks and Rec content here because the show’s series finale aired four years ago yesterday and that already seems like a lifetime ago. This clip aired Saturday night during the 34th Independent Spirit Awards, the night before The Oscars.

I think it’s safe to say that Jim/Jerry/Gary/Larry would be 10000% down if the cast ever reunited for a movie or another few episodes. The major issue would be getting worldwide superstar Chris Pratt’s schedule to align with a potential reunion and that’s not very likely at this point in his career.

What’s wild is that scene from the Fyre Festival documentary on Netflix almost got cut from the film entirely. I can’t imagine that movie would’ve gotten a fraction of the hype without that outrageous scene.