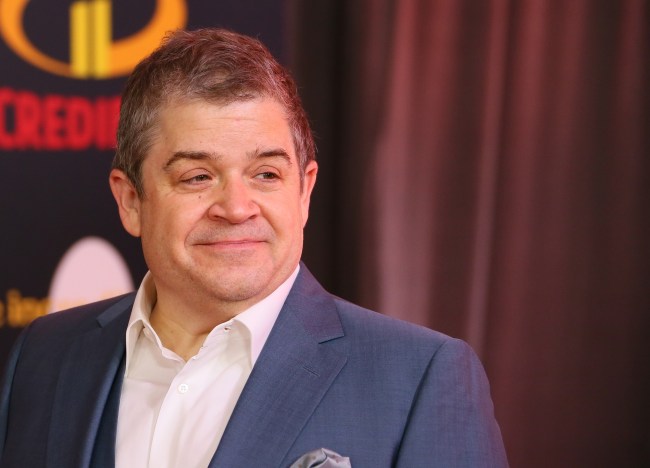 Since the birth of the internet, there has yet to be one reported case of one person’s mind being changed due to an alternative perspective. Internet arguments are the most addicting zero sum games going.

The strategy of an online argument typically unravels like this.

2.) Person 1 dives deep into Person 2’s profile to make personal insults unrelated to the issue at hand. Insults may include things like: “Nice profile picture, tool!” or “Your wife is fat.”
3.) Person 2 threatens physical violence against Person 1, despite obvious logistical challenges surrounding travel.
4.) Person 1 and Person 2 grow a little more fed up with humanity and unburden their pent up hatred on their loved one.

In what appears to be a glitch in the matrix, we have a deviation from the aforementioned online vitriol cycle.

Comedian Patton Oswalt, who is known to argue politics on Twitter, was confronted by someone who disagreed with his demeaning stance on Donald Trump and his plan to build the wall.

A Twitter user named Michael Beatty responded to Oswalt’s tweet with an insult from the top rope:

Instead of clapping back, Oswalt dug into Beatty’s Twitter page and realized the dude is in bad shape, health-wise. Beatty was just hospitalized for sepsis and diabetic ketoacidosis, and fell into a coma.

He responded in this way:

Aw, man. This dude just attacked me on Twitter and I joked back but then I looked at his timeline and he’s in a LOT of trouble health-wise. I’d be pissed off too. He’s been dealt some shitty cards — let’s deal him some good ones. Click and donate — just like I’m about to. https://t.co/6zRdZ430WG

My brain can’t comprehend this turn of events.

According to AOL, before Oswalt’s tweet, Beatty had raised just $600. Oswalt tacked on a $2,000 of his own. At the time of me writing this, the GoFundMe campaign has blown up and raised over $35,000.

“Patton. You have humbled me to the point where I can barely compose my words,” Beatty tweeted to Oswalt soon after. “You have caused me to take pause and reflect on how harmful words from my mouth could result in such an outpouring. Thank you for this and I will pass this on to my cousin who needs help. A cascade.”

“I want to thank everyone who came to my aid with generous outpourings- and also to @pattonoswalt without whom I would not be the recipient of so much love and support. I’m not a man who ever cries but I had to wait to send this. And to quote Stuart on Big Bang “meat tonight”!”