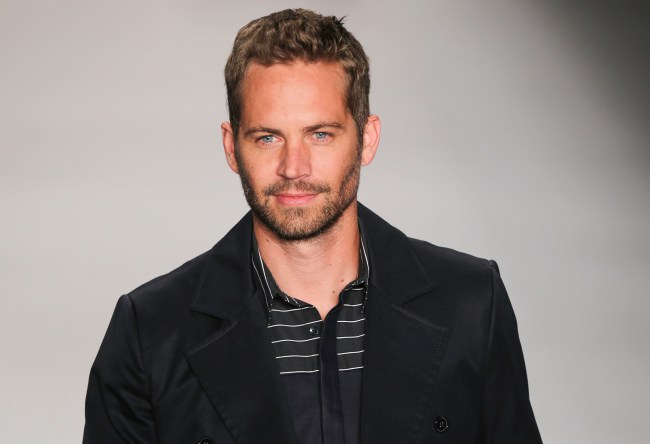 Do you know when it is a good time for a large company to crack edgy jokes on social media? Never. Never ever ever. Huge corporate brands need to stick to their copypasta memes that are completely safe and years too late, like the emoji sheriff. But one social media coordinator for Walmart risked it all to tweet a joke about Paul Walker, and it was not received well at all.

One Twitter user tweeted out about rushing to his local Walmart to purchase new Pillsbury Cinnamon Rolls with strawberry and cream-flavored icing. He included a second tweet of a photo of a car racing in the streets with the caption: “me racin to the nearest Wally World.” Sounds delightful. Not sure if that’s something that needs to be tweeted about or a food that you need to break speed limits so that you can buy it as soon as possible.

The “joke” was not a big hit on Twitter. Walmart’s Paul Walker tweet was quickly deemed “inappropriate,” “insensitive,” and “disgusting.”

On the afternoon of November 30, 2013, Paul Walker was the passenger of a Porsche Carrera that lost control and crashed into a lamp post. The Fast and Furious star died from the car accident and was burned beyond recognition.

Not only was the sentiment dreadful, but so was the alleged joke by the Walmart social media manager. The said tweet doesn’t even make sense. The Twitter user said he was going to race to Walmart and made no mention of whether or not he was going to wear his seat belt or not. “Click it, or ticket” is a law enforcement safety slogan to get people to wear their seat belts. The “joke” makes no sense.

Walmart has since deleted the awful tweet and apologized.

“We apologize to Paul Walker’s family, friends and fans,” a Walmart spokesperson told TMZ. “The tweet was posted in poor judgment and has been removed.”

The moral of the story is don’t make dead person jokes from a social media account for one of the largest companies in the world.