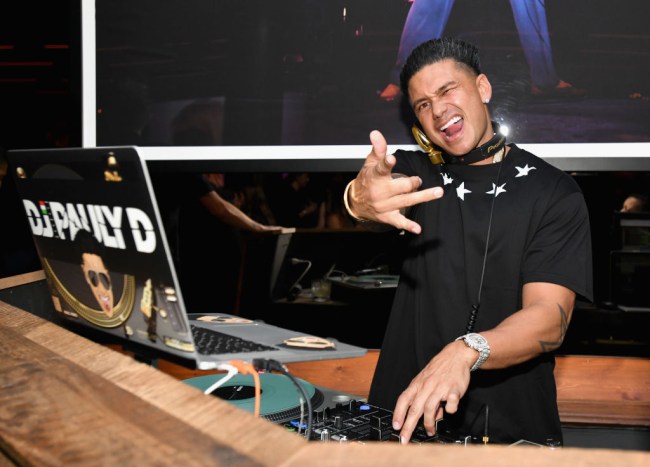 Remember when the Jersey Shore cast was struggling to buy mind erasers at Club Karma? Those days are dead and gone, as the GTL crew has added a few commons to their bank accounts since the MTV show took off in 2009. Nobody is more caked up than Pauly D, who has raked in millions over the years by using his Jersey Shore stardom to carve out a successful DJ career. Some estimates put Pauly D’s net worth north of $24 million.

The 38-year-old has so much disposable income that he decided to throw down on a $500,000 pendant of his own face.

Pauly D Drops Half a Million for His Face in Diamonds https://t.co/a64dTh4ku9

The pendant, which took three months to create, features 36 carats and is an exact replica of Pauly’s signature look. It hangs on a tri-color Cuban link chain, which holds more than 48 carats of rose, yellow and white diamonds.

Check out more photos of the chain over at TMZ.

Pauly’s come a long way from a Jersey Shore lifer stealing his mall kiosk chain after he brought her to the Smush Room.

Everything comes full circle I guess.