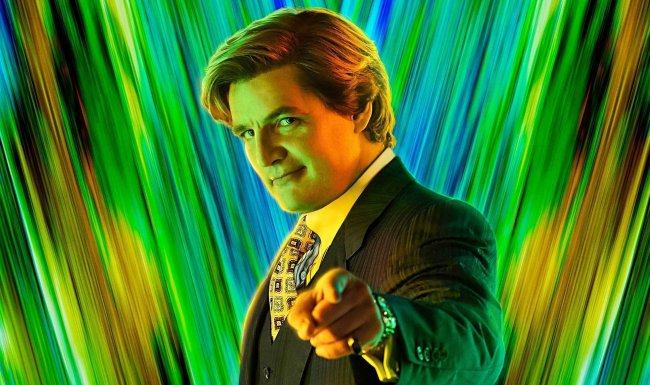 Has any actor in Hollywood had a better run in recent years than Pedro Pascal? Ever since he stole *all the scenes* in season four of Game of Thrones, the dude’s been on a tear for the ages. Since his turn as Oberyn Martell in 2014, Pascal has starred in Kingsman: The Golden Circle, Prospect, The Equalizer 2, If Beale Street Could Talk, Triple Frontier, Narcos, and of course, The Mandalorian, which was recently named the “top” entertainment franchise in Hollywood.

Next up for Pascal is another potential monster hit, as he’s set to star as Donald Trump-inspired business tycoon Maxwell Lord in Wonder Woman 1984, the sequel to the wildly successful Wonder Woman, which is undoubtedly the best DCEU movie thus far.

Pascal, who was recently named one of the entertainers of the year by Entertainment Weekly, sat down with the magazine for an interview where he revealed hilarious further details about his character, as he added Nicolas Cage to the list of inspirations for the character.

“With Wonder Woman, [Gal Gadot and Kristen Wiig] are doing the action, baby, and I’m doing the schm-acting!” he says, hilariously elongating that final syllable. “I am hamming it up!” (Indeed, Pascal reveals Nicolas Cage inspired his performance in one particular scene.) [via Entertainment Weekly]

Pascal’s connection to Cage is far more tangible than just his acting method in Wonder Woman 1984, as he’s also set to star opposite the legend himself in the upcoming hyper-meta The Unbearable Weight of Massive Talent,  which sees Cage star as himself and Pascal star as an obsessed superfan who forces him to “create his most famous characters and scenes during a birthday party”, which sounds like it’ll be perhaps the best entry in Pascal’s incredible (and deserved, this guy rules) come-up.