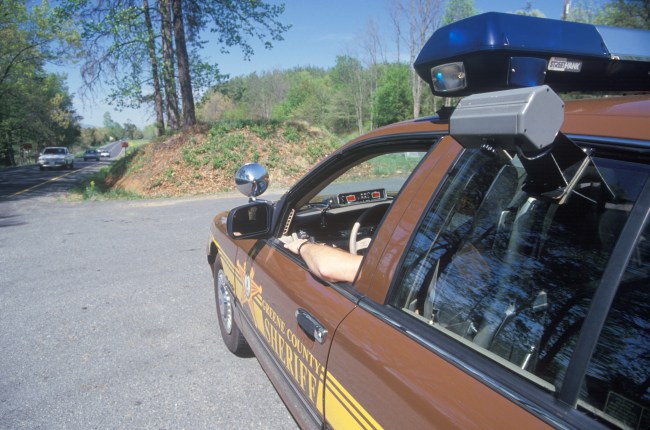 There are many ways to market a business, but one owner of a Pennsylvania deli decided on advertising their business by gaining trust with the local populace by informing them about a police speed trap. The marketing strategy seems to have worked since they captured national headlines this week.

Cops would regularly hide behind a massive sign at PJ’s Deli in the small town of Bridgeville, Pennsylvania. So the owners of PJ’s Deli decided to help potential customers out by exposing the police speed trap.

The police are actually taking the “L” in good nature.

The Bridgeville Police Department posted a photo of the now-viral sign as well as a police cruiser hiding behind it. The caption on the popular Facebook post reads, “Well…. I guess the jokes on us!! Good one PJ’s Deli!!”

PJ’s Deli owner Pam Wheat said that the sign that rats out the police speed trap is nothing against law enforcement, but rather an attempt to get people to slow down.

“It was put up as a joke, and they came and parked a cruiser behind the sign and took their own picture,” Wheat told Fox News.

“We see accidents almost daily on our corner because it’s a bad intersection,” Wheat continued. “But they do not use my property to hide so you can let that secret out of the bag.”

Bridgeville Police Chief Chad King explained that the sign notes that the cops don’t take themselves too seriously.

“I thought this was great because it shows we can laugh at ourselves,” King said.