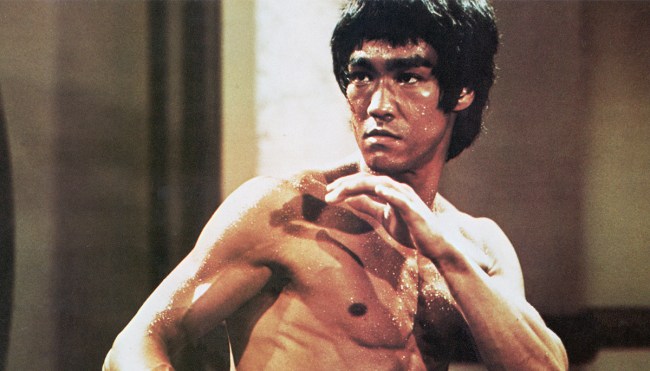 Despite pushback to this pushback from the kinds of people who refer to that particular conflict as the “War of Northern Aggression,” there have been a number of successful campaigns to remove those relics of the 19th century from the 21st. Last summer, NASCAR banned Confederate flags from being flown at races, UVA altered some Problematic sword handles in its logo, and UNLV removed a statue of its rebel-inspired mascot.

Now, people have turned their attention to Florida’s Lee County. The 1,212 square-mile section in the southwest part of the state was named after Confederate general Robert E. Lee when it was established in 1887, but some online activists are lobbying to rename it after a slightly less controversial—and objectively more awesome—figure with the same surname: Bruce Lee.

A Change.org petition was launched last month in the hopes of changing the name of the area to “Bruce Lee County,” and as of this writing, around 550 people have thrown their endorsement behind a message that reads:

“It’s time to stop idolizing these Confederate soldiers. Ending racism includes the removal of racist figures, statues, and idols across the south. We propose this petition to rebrand Lee County, Florida, in an effort to continue the battle to eradicate racism in the United States.

That’s why we propose to rebrand the county to Bruce Lee County. Lee is considered by commentators, critics, media, and other martial artists to be the most influential martial artist of all time and a pop culture icon of the 20th century, who bridged the gap between East and West. He is credited with helping to change the way Asians were presented in American films. Lee was born in both the hour and the year of the Dragon, which according to tradition is a strong and fortuitous omen.

We are not trying to change our past, we are trying to improve our future, and what better way than use an inspiring, positive influential figure as our namesake.”

From what I can tell, Bruce Lee has literally no connection with the county itself, but hey, why not?