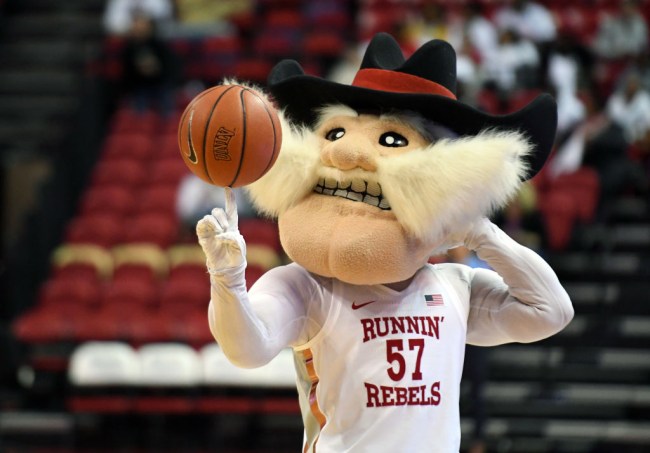 UNLV elected to remove its well-known statue of Hey Reb on Tuesday and the statue may not be the only thing the university elects to cut ties with.

The school’s president, Marta Meana, stated that after conversations with a donor, they “mutually agreed it was best to remove the statue and return it,” according to TMZ. Meana acknowledged that the removal of the statue was due to the Rebel’s confederate ties.

“I have had discussions with multiple individuals and stakeholder groups from campus and the community on how best the university can move forward given recent events throughout our nation. That includeds the future of our masco,” Meana stated.

Following the death of George Floyd, protestors around the country have called for the removal of statues and monuments that have confederate ties.

UNLV isn’t the only Division I program with that uses the ‘Rebel’ nickname, Ole Miss is the other. A confederate monument located on Ole Miss’ campus was recently vandalized and is now expected to be relocated. Nothing has been said about Ole Miss’ nickname at this time, but it’s worth noting that the school removed its traditional mascot ‘Colonel Rebel’ in 2003.