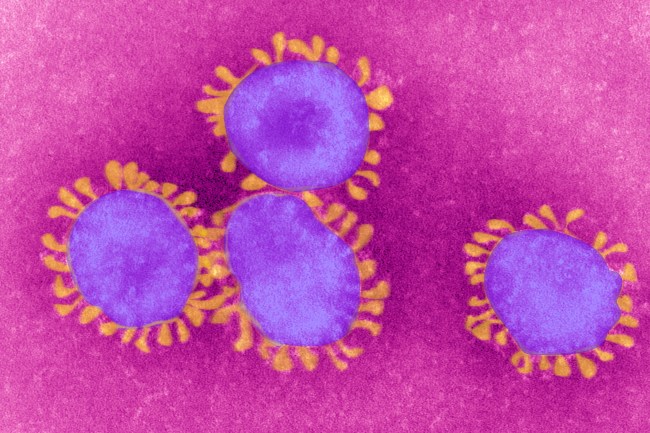 Let’s be clear. Stereotyping is bad and has no place in a civilized society.

But uncommon times call for uncommon measures and with the cancelation of the NBA, March Madness, and Brad’s bachelor party, we are well past the point of hurt feelings.

We must eradicate this virus and the only way to do that is to avoid these people. 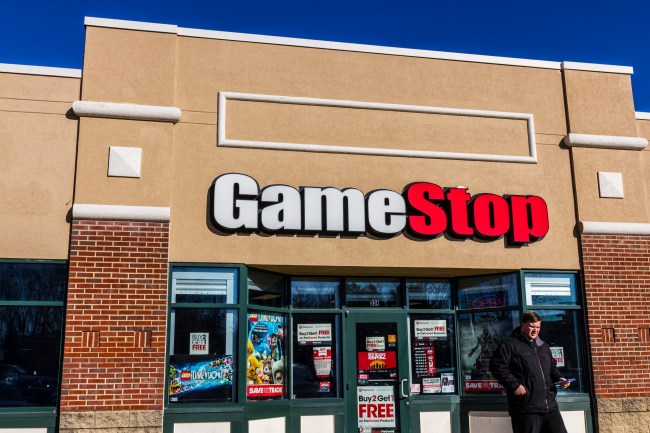 I’ve never met an employee who wasn’t battling a sinus infection and didn’t use his black polo as a snot rag.

GameStop’s entire business model is to get its customers sick so they’re bed-ridden and their only option is to play Minecraft. This is precisely why GameStop has 5,830 retail stores throughout the United States and Blockbuster is now just a parking lot where I meet my coke dealer.

In the wake of the pandemic, GameStop has announced a trade-in program whereby customers can bring in used games in exchange for an employee sneezing directly into their mouths. 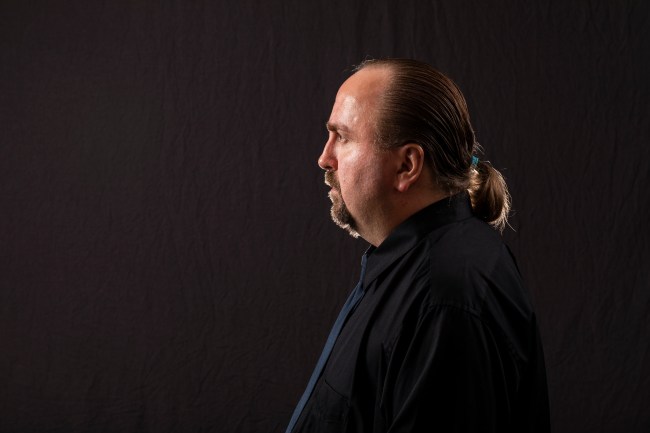 This one is pretty self-explanatory, but don’t trust anyone who is not legally obligated to be within 100-feet of a Discovery Zone and has more plastic bottles on the floor of his 1992 Chrysler Imperial than the entire bed of the Indian Ocean.

The Grown Man Pony Tail Guy can typically be found at a Chris Daughtry concert and his pony tail contains more infectious bacteria than the entire fleet of Carnival cruise ships. Keep your head on a swivel because Pony Tail Guy can be a difficult creature to spot if he’s business up front, but pandemic in back.

People Who Own Cars With Three (3) Or More Bumper Stickers 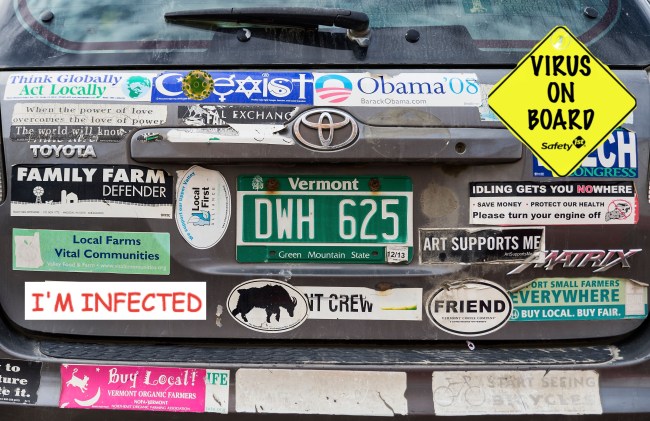 These assholes have never met a cause they didn’t support, and if someone with dirty fingernails was selling organic coronavirus infections at a farmer’s market, they’d eat that shit up like universal basic income. 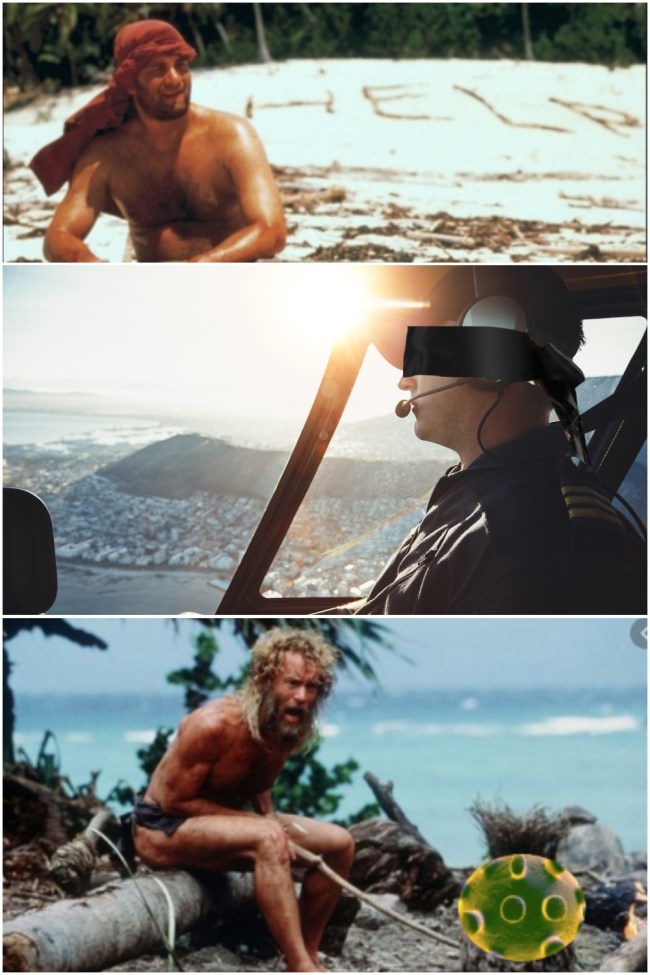 This pains me to say about America’s Sweetheart and the last thing I want to do is Sully his good name, but if Tom Hanks leaves that island, I may have to call Chet to Captain Phillips his ass. 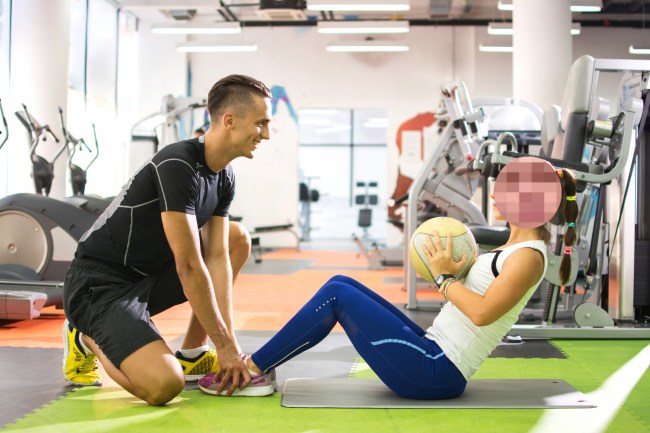 Tammie is no stranger to carrying and spreading disease, which is precisely why I’m prescribed to acyclovir to reduce monthly flare-ups.

Turns out Tammie was handling much more than dumbbells in those personal training sessions I was paying for. For those of you in the Greater Boston area, avoid the Smith Press at the Downtown Crossing Equinox. No amount of Purell can erase what went on there. My cross to bear.

Stay safe out there, friends.