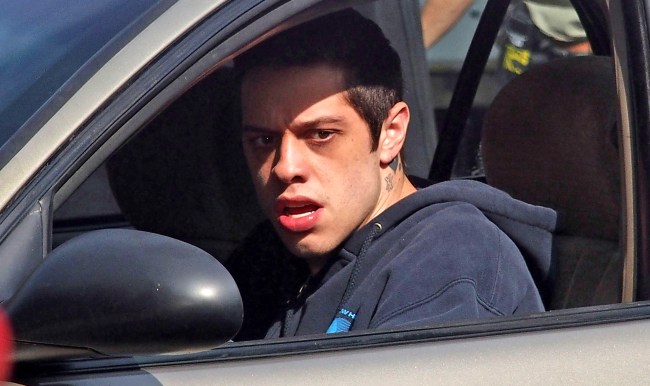 During an interview for the latest edition of Paper magazine, Davidson talked about how he approaches dating and relationships.

“My love language, when I’m in a relationship, is I treat the person I’m with like a princess,” said Davidson. “I try and go as above and beyond as possible, because that’s what you’re supposed to do? If you’re in a relationship with someone, you’re just supposed to make that person feel as special as possible. But sometimes when you put so much on someone, it overwhelms them, and then they don’t know if they could come close to that. Sometimes it works, and sometimes it doesn’t, and then it sometimes makes me feel bad about myself because I’m like, ‘I did all this stuff and… You didn’t care at all!”

“No expectations. Otherwise you’re gonna be resentful,” Davidson added. “It’s something I had to learn in a past relationship, which sucked to learn through that person, but it makes you better. I used to get really upset that this person didn’t “match” my intensity or how much I show by actions, you know?”

No expectations. Got it.

What woman wouldn’t want to date that guy?

Davidson also expressed a belief about Hollywood that has been around for years when it comes to gay men.

Davidson also told Paper that he “used to jerk off to Leonardo DiCaprio,” how much he hates David Spade, how he thinks doing college comedy shows now is impossible in today’s culture, the fact that he doesn’t use the internet anymore, and that he hopes his ex-fiancee Ariana Grande is “very happy.”

Read all about it over at Papermag.com.