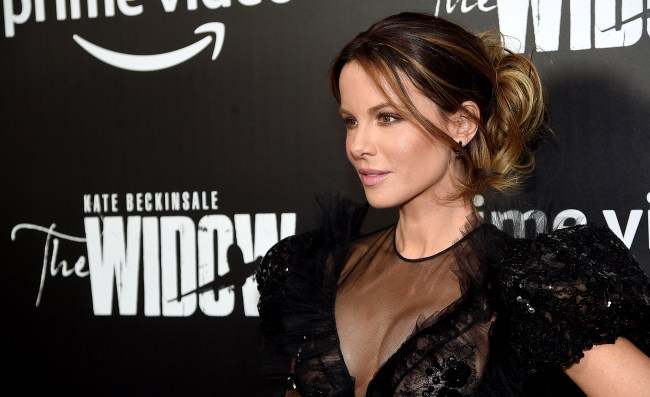 Well, this news is certainly going to put a damper on my claim that out of all the women in this world, Kate Beckinsale is the one woman I would marry right now, having never met her, if presented with the opportunity.

And here I just spent all weekend binge-watching her new Amazon Prime series The Widow. (It’s very good, by the way.)

Pete Davidson and Kate Beckinsale seem like huge NHL fans based on this pic from last night's Rangers game. pic.twitter.com/mnRXO8qTh2

Which, of course, was turned into a fabulous meme by the internet because…

The folks over at TMZ tracked down one of Beckinsale’s ex-boyfriends slash my hero, comedian Matt Rife, who was 21 when he dated Kate in 2017, to see if he had any advice for Davidson.

“Advice for Pete? Man to man…? Run,” Rife advised, before trying to backtrack (too late). “Yeah… enjoy it. Enjoy it while you can. I hope they’re both happy. I hope that it can build to where it’s an established, good relationship.”

Then, when asked if Beckinsale and Pete Davidson broke up and she wanted to get back with him, Rife responded very clearly, “No. No, absolutely not. No, not a chance. But… best of luck to both of you.”

Wow. Now I REALLY want to know what kind of horrible things Beckinsale did that would make him want to have absolutely nothing to do with her ever again.

And yes, I’d still marry her.