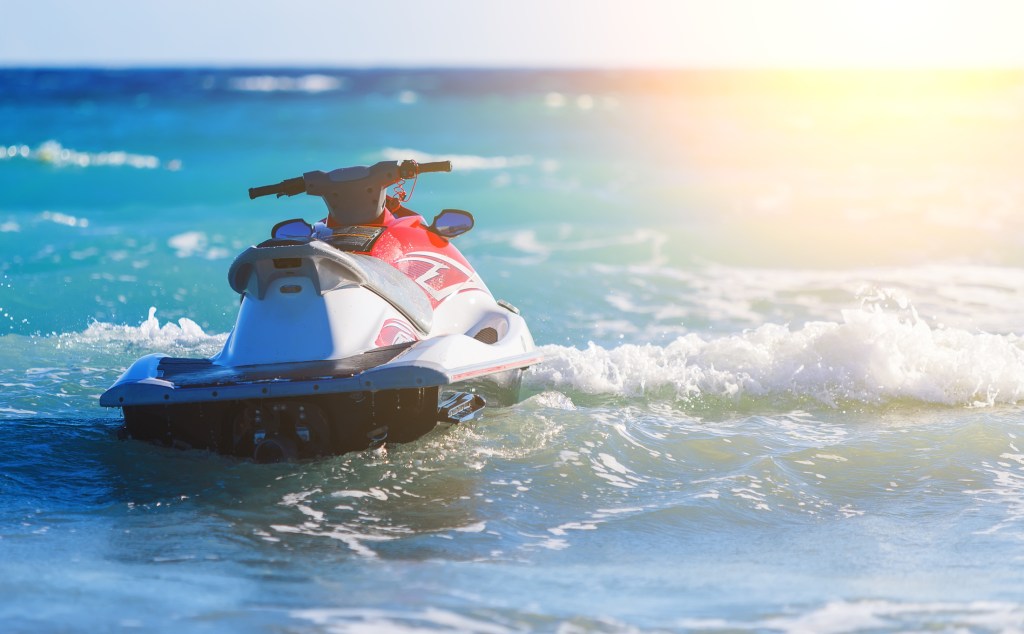 I didn’t expect to be writing about the same epic swell of waves three times in one week but here we are. We are once again looking back to last weekend’s once-in-a-decade swell in Hawaii that to Makua Rothman’s estimated 100-foot wave that could be a world record and some of the best/biggest waves ever surfed in Hawaii.

During the Saturday Sesh™ at Oahu’s outer reef, the same swell that was firing at Pe’ahi, a group of more than a dozen Jet-Skis carrying rescue crews and photographers got caught off guard by a rogue wave that led to another wave and then all hell broke loose. One photographer actually broke his back in the carnage, according to Fox Sports.

There was a drone flying overhead (footage below) that captured the footage from a wild vantage point. Photographer Ryan Moss told Surfline about what it was like at that moment:

“That set came and really caught everyone off guard. I just remember feeling weightless and it taking a really long time to come down. I didn’t realise how fast Cam (his driver) sent us over the lip of that thing. There was no handle on the ski, so I couldn’t stand up and hold on and hope my legs would have absorbed some of the impact.
So, I was just sitting on the back with a death grip on the leather seat. Next thing I know I hear a loud thud. It felt like the ski buckled in half. Along with that, my back sent a shooting pain and tingling feeling from my waist down to my feet. I remember saying, ‘[expletive, expletive, expletive] I’m paralysed.’ I legitimately thought I was.” (via Surfline)

The drone footage from Highseas Media shows how quickly things went from peacefully calm and serene to a nightmare scenario in a matter of seconds. Around the 1:30 point in this video the water is flat and everyone’s chilling. A minute later the jet-skis are going full speed to try and make it out of the impact zone and many of them don’t make it to safety.

Fox Sports writes that he’s recovering from a ‘50% compression fracture’ of his L4 vertebrae and is receiving treatment at a hospital in Honolulu.

Elsewhere on the outer reef, there were some incredible rides throughout the day. Surfline threw up this clip of the day’s best waves: