Can You Tell This ‘Virtually Unheard Of’ Pink Diamond Expected To Go For $50 Million At Auction From A Fake One At A Mall Kiosk? 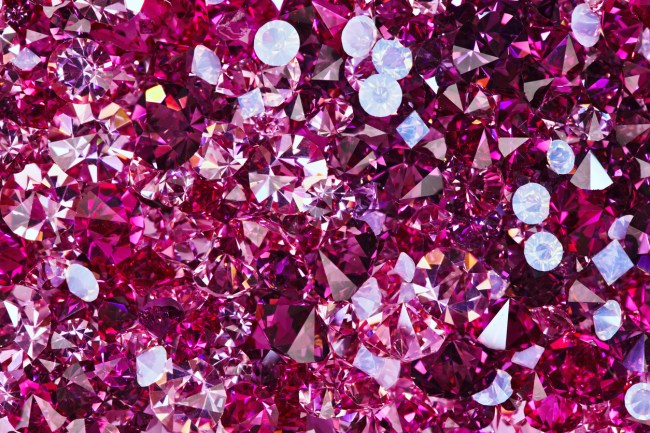 Do you have several million dollars of disposable income to spend on something of zero practicality? Are you desperately looking to make right on your marriage after doing the no-pants dance with your secretary?

If you said yes to both of those questions, boy do I have an opportunity for you.

Next week, in Geneva, Switzerland, an extraordinary gem dubbed The Pink Legacy will be up for sale at auction and is expected to bring in up to $50 million. Fifty million dollars, if you needed it spelled out.

This enormous pink diamond could go for up to $50 million at auction. It's 18.96 carats and once belonged to the Oppenheimer family. They call it the "Pink Legacy." https://t.co/2WyJ38Fx6z pic.twitter.com/x9l9e0caBW

“If you consider that most pink diamonds weigh less than a carat, it is really something. It is probably the most beautiful (specimen) ever presented at public auction.”

The “virtually unheard of” diamond was reportedly discovered in a South African mine about a century ago and was ‘probably cut in the 1920s’.  The Pink Legacy will be one of just four vivid pink diamonds over 10 carats have ever been offered for sale at auction.

If you think dropping $50 million on a diamond is lunacy, congratulations, you’re a sane person. But people have dropped far more on diamonds I wouldn’t bat an eye at if I saw them at a kiosk in the mall.

In April of 2017, a 59.60 carat internally flawless pink diamond dubbed The Pink Star was sold at an auction in Hong Kong for US$71.2 million to Chow Tai Fook Enterprises, a privately owned jewelry conglomerate.

In any event, I’d like to know which individual purchases The Pink Legacy at auction so I can take a giant dump on his doorstep. Please and thank you.

The Pink Legacy, an 18.96-carat fancy vivid pink diamond, will be put under hammer by Christie's; it is expected to sell for $35-$50 million. pic.twitter.com/nw9z0o84MW