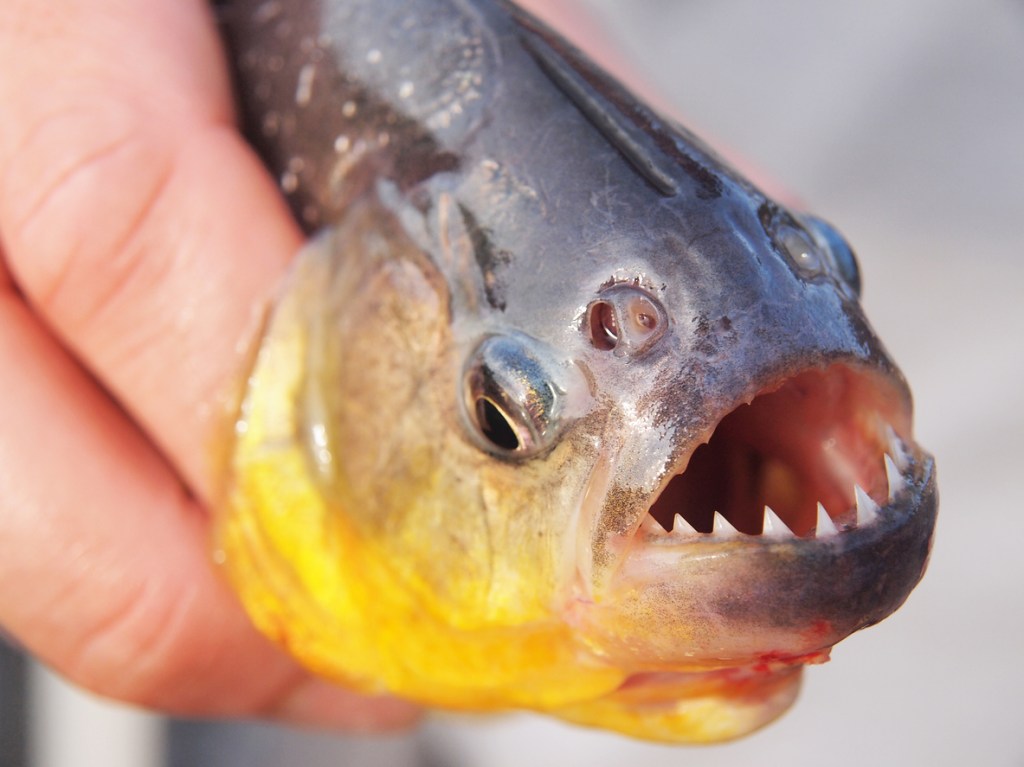 A grim report from Brazil characterizes what I can only describe as a man who had the worst luck on the planet. The man was eaten by piranhas while fleeing a potentially deadly swarm of bees.

The report states the man and two friends were on a weekend fishing trip at a lake in the Brasilândia de Minas region. Looking at Brasilândia de Minas on a map it appears to be sort of central island Brasil with the nearest city being Brasilia. They were fishing on some lake located on a farm when a massive swarm of angry bees attacked their boat.

With no other options, the three men jumped in the water to escape the bees and swim to shore. The other two men made it to shore safely but their friend was nowhere to be found.

According to 7 News, rescue workers were called and a police officer was about to begin diving in the lake when he was informed the lake was full of piranhas. Piranhas are freshwater fish found throughout South America that is described as ‘extremely predatory’ and they are an omnivorous species.

Piranhas rarely attack animals other than fish but it’s not unheard of for them to attack humans and there are plenty of documented cases (including this one) as well as urban legends of attacks. They have razor-sharp teeth and jaws that open wide. Humans are usually left alone by piranhas but if they sense humans as a threat they can and will attack.

According to the report, rescue workers spent hours of searching before finding the man’s body about 13 feet from the shoreline. They reported that piranhas had “torn open several parts of the body and tore open the right side of the face”.

It remains unclear if the man drowned while fleeing the potentially deadly swarm of bees and was then eaten by piranhas or if the fish attacked him while he was swimming. And frankly, I’m not sure I want to know the actual answer to what happened because this is all pretty morbid to begin with and it’s a man’s life I’m writing about, not some fictional character.

According to my quick perusal of Wiki, there were 190 piranha attacks reported near the Brazilian city of Palmas in the first half of 2007. But the attacks are primarily just bites on the toes and feet. Rarely do the attacks turn fatal but that also happens.

If you’re up for it, here’s what it looks like when piranha attack and eat other fish.