Is Pizza-In-A-Bag The Next Great Snack Food For Dudes? 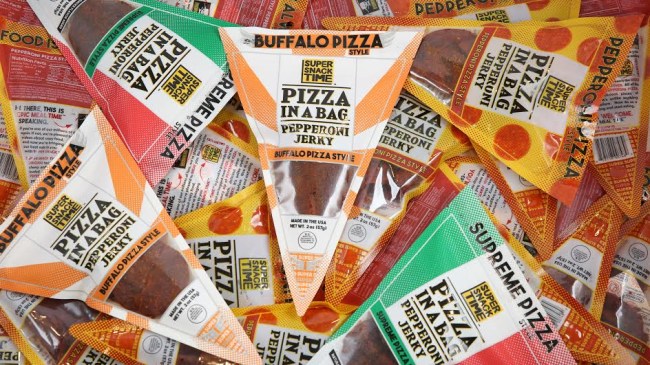 I’ll be honest with you: I’m a beef jerky snob. I can’t stand a lot of gas station jerkies on the market place, all of which boast easily-replaceable flavors. Teriyaki. Sweet and spicy. Garlic. YAWN.

The jerky game, however, is evolving in a few major ways. There’s a huge emphasis on small batch-jerkies made with TLC, not just big beef throwing it’s leftover sirloin into an industrial-size dehydrator and throwing some cheap spices in the mix. Brands like Country Archer Jerky Co. are creating handcrafted jerkies that are delicious and nutritious from grassfed beef and getting major distribution deals in places like Costco. Their value-prop in the marketplace is unique: Beef that’s tender and savory, not a dry piece of protein that’s one step up from a dog chew toy. The spicy Sweet Jalapeño and Mango Habanero flavors will send a capsaicin aficionado into pure bliss.

On the other side of the coin, jerky is evolving away from beef. Turkey jerky, pork jerky, buffalo jerky, and alligator jerky displays have popped up all across roadside America in recent years, demanding more gas station shelf space, squeezing into a kingdom once dominated by Jack Links and Slim Jim.

Pizza In A Bag is a wildly-weird part this righteous jerky evolution. It’s the brainchild of Harley (…the dude with the beard) from Epic Meal Time, an OG player in the gluttonous YouTube food scene. He partnered up with a food brand to create Super Snack Time, which will start rolling out Pizza In A Bag at Walmart locations nationwide on April 1.

The very name “Pizza In A Bag” sounds like an early-’90s Teenage Mutant Ninja Turtles video game treat to help the squad level-up to beat Shredder. So what is it?

Flavored “pepperoni jerky” that offers an experience similar to munching on a slice of pizza. There are three flavors: Supreme Pizza jerky, Buffalo Pizza jerky, and Pepperoni Pizza jerky – all made from a beef/pork blend and seasoned to replicate the experience of eating a well-seasoned slice of pizza. You know, the cheese. The basil. The tomato sauce. The hint of dough. Each slice-shaped bag has about 200 calories and 8 to 10 grams of protein per bag.

Heaven is real and it’s full of fatboy dreams. 🍕🍕🍕 pic.twitter.com/Dqt2AcUOAM

Of course, at the end of the day, the only way to satisfy a true pizza craving is actually with pizza, though Pizza In A Bag gets pretty damn close. It’s what I’d like to think NASA astronauts would take to space to satisfy those fresh ‘za cravings. 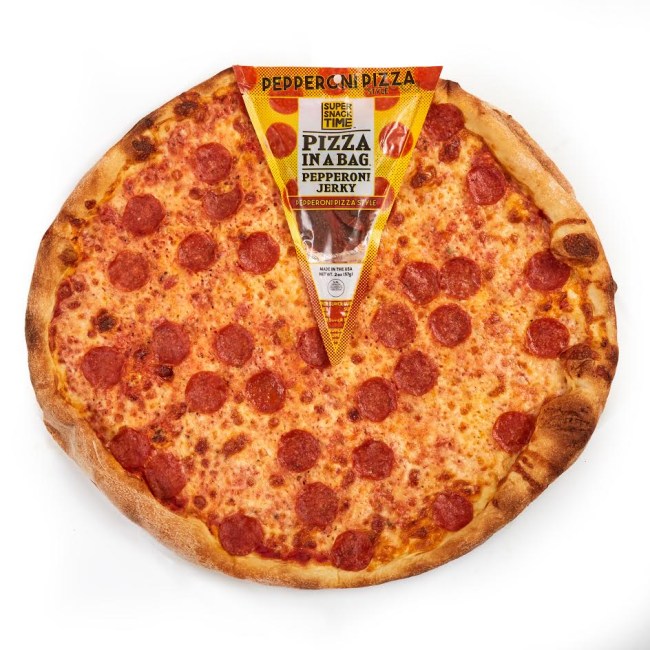