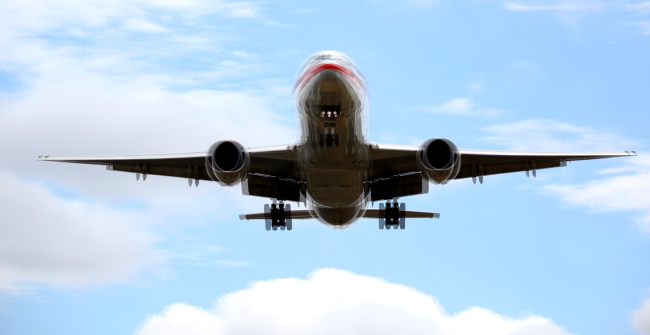 Back in June of 2020, people were sent into a bit of a tizzy over a video that showed a full-size plane just hovering in mid-air, completely motionless.

The video has suspiciously since been removed from YouTube, but we know that it did happen. We just don’t know how or why.

Five months prior to that event, in Gallup, New Mexico, another person captured footage of a bird hovering motionless in mid-air. Not flapping its wings. Not gliding. Nothing. Just completely motionless.

We basically just wrote both of these bizarre sightings off as glitches in the simulation we’re all living in and went on with our lives.

Except… it just happened again.

In footage posted to TikTok by @lesxbalboa that has amassed over 7.2 MILLION views, yet another plane appears to have been frozen in time, “standing still” in mid-air and not moving at all.

What makes this TikTok footage somehow even more interesting than the two aforementioned videos is that @lesxbalboa actually filmed this plane hovering in mid-air twice – once during the day, and again at night.

“I know this isn’t normal… & google says it’s rare so why did I see it twice?!” she captioned the video.

She also added in the video that “another plane flew past minutes before so I know for a fact it didn’t move.”

Naturally, the comments on the video were overflowing with people making bad jokes, but after the June 2020 airplane video went viral, prolific UFO and alien expert Scott Waring said he believed the plane was caught in something he called the “Missing Time Theory.” Could the same thing happening be here?

Watch carefully and you will witness one of the rarest events in alien research…the alien abduction and phenomenon of missing time.

Such moments occurs when aliens chose to abduct people when they are within a vehicle or structure and they freeze everything in that vicinity.

That means if its a plane…the plane freezes and so do all the people within it, including all the plane instruments.

Time is frozen inside this bubble they created. But the aliens themselves can walk around, examine, record and take samples of the people in this area.

For the aliens however…not only are they immune to the stopped time, they use a reverse for themselves….which speeds up time for them only.

So we see the plane sitting for about 10-20 seconds in the same location…however 15-30 minutes could have passed for the aliens.

When you control time as some species do…anything becomes possible.

Meanwhile, the requested deadline for the United States government to turn over its secret UFO files to the Senate Intelligence Committee has come and gone and we’re still sitting here twiddling our thumbs wondering what’s going on.