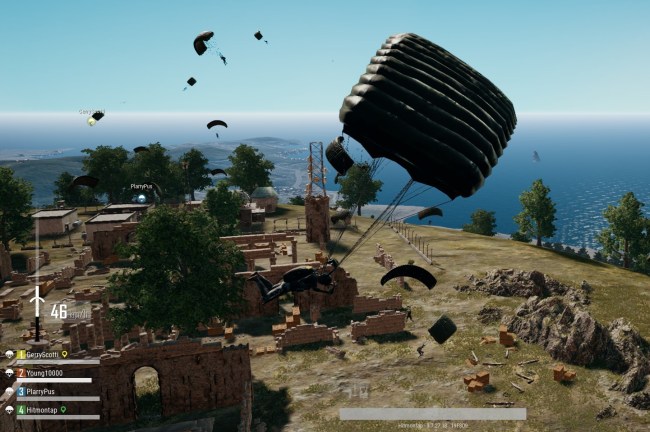 PlayerUnknown’s Battlegrounds has quietly released a new deathmatch called “War Mode,” but there’s a catch because there’s always a catch. PUBG‘s new War Mode is only available in custom matches. War mode forces players into a small circular area of the Erangel map and things get deadly real quick.

Instead of scavenging for weapons and loot after parachuting down, the War Mode starts each player out with a random SMG, random sidearm, a small amount of ammo, Level 1 helmet, body armor, a grenade, and five bandages. But since everyone is confined to a small area there is instant carnage. After you have been mowed down (because you will get mowed down with that many players in a small area), you’ll have to wait for the respawn timer to allow you to get back into the game. Bluehole, the game’s publisher, has not mentioned War Mode on their website or social media accounts.

Last week, PUBG unveiled the flaregun option and gave a sneak peek at the new “Savage” map. The new Savage map will have a size of 4km by 4km, whereas the Erangel and Miramar maps both measure 8km by 8km. This smaller board, just like the War Mode, will surely lead to faster-paced games because of the limited hiding places and everyone is condensed into a smaller area.