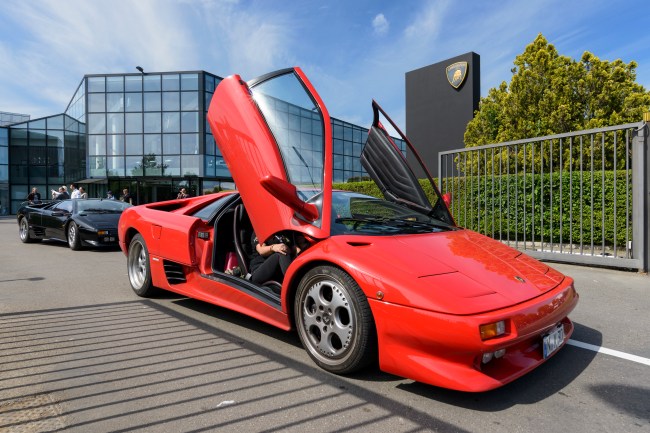 Yes, I know. That headline is a roller coaster. But I don’t make the news, I just report it.

A 5-year-old boy from Utah reminded me yet again how big of a sissy I am by jacking his mother’s car to drive to California to buy a Lamborghini (MSRP $264,000).

At about 12:15 p.m., a highway patrol trooper was trying to catch up to a speeder on southbound Interstate 15 in Ogden when he crossed paths with someone he believed was either drunk or experiencing a medical emergency. The driver was traveling at 32 mph in a 70 mph zone, Lt. Nick Street told BuzzFeed News.

“There’s a curve in the road and he was kind of having a hard time making the curve,” Street said.

When the officer approached the SUV, he found a young boy on the verge of tears sitting on the edge of the driver’s seat with both feet on the brake.

The child then told the trooper he was traveling to California to buy a Lambo with a three dollar downpayment.

His story is that he left home after an argument with Mom, in which she told him she would not buy him a Lamborghini. He decided he'd take the car and go to California to buy one himself. He might have been short on the purchase amount, as he only had $3 dollars in his wallet.

“He was determined to go get a Lamborghini with the money he had in his wallet,” Street said. “Apparently, he didn’t realize you can get one in Utah.”

Street said the department has contacted the county attorney to determine whether or not to file charges against the boy’s parents, but said that based on the boy’s emotional state when pulled over, there’s “a good chance this won’t reoccur.”

This kid will be President in 2070. There isn’t one five-year-old on the planet who dreams this big.