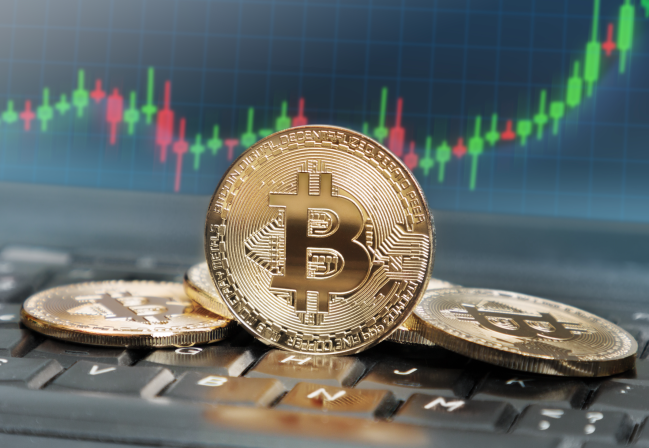 A Bitcoin pirate out of Germany is refusing to share his password with police, and his silence may be worth some $60 million:

German prosecutors have confiscated more than $60 million worth of #bitcoin from a fraudster. There’s only one problem: they can’t unlock the money because he won’t give them the password. @johnodonnell21 reports https://t.co/weuOUzqL62 1/4 pic.twitter.com/Erd8fJhtID

The fraudster had been sentenced to more than two years in jail for covertly installing software on other computers to harness their power to 'mine' bitcoin https://t.co/weuOUzqL62 4/4

The fraudster had been sentenced to more than two years in jail for covertly installing software on other computers to harness their power to “mine” or produce bitcoin.

The man was sentenced to jail and has since served his term, maintaining his silence throughout while police made repeated failed efforts to crack the code to access more than 1,700 bitcoin, said a prosecutor in the Bavarian town of Kempten.

“We asked him but he didn’t say,” prosecutor Sebastian Murer told Reuters on Friday. “Perhaps he doesn’t know.”

Forgive me for loving this guy. I realize that glorifying criminals isn’t the best look, but I can’t help myself. Perhaps it’s that he’s withholding the password from German police—the Patrick Reed of police forces, as in nobody wants them to win. Or perhaps it’s because it’s Bitcoin, and nobody really understands it, so it feels like a victimless crime? I could be dead wrong about that. Sure, I wouldn’t want someone harnessing the power of my computer to make himself that much money. But I probably utilize about 4% of my computer’s abilities. Frankly, I’d rather that he use it. Would be good to know it was in better hands. I’ve changed my mind. I want this guy to use my computer.

That said, if this is another one of those lost password, “three attempts remaining before you’re locked out forever” situations, I think he should tell them. That’s too much money to toss into the ocean like you’re the old lady in Titanic. Maybe come up with a deal where you tell the police they can have it as long as they give it to a charity? Build a school? Come on, guys. Find a middle ground.

How about that salty prosecutor, Sebastien Murer? “We asked him but he didn’t say. Perhaps he doesn’t know it.” Yeah, you wish pal. Trying to call his bluff, huh? Something tells me our bitcoin pirate will see right through that outdated police technique.